The government has taken extensive repair and conservation works in the two proposed sites to ensure that they meet all criteria for inclusion in the final list, an official said. 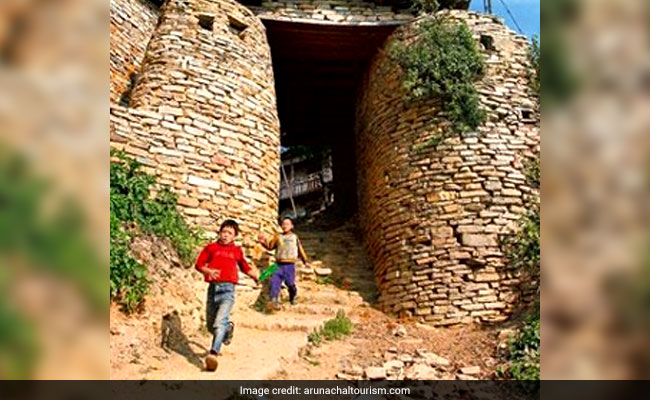 Thembang Dzong, a fortified village in West Kameng district, is spread across 3.2 acres

Itanagar: The Arunachal Pradesh government has raised the pitch for inclusion of two of its sites in UNESCO's World Heritage list.

The Apatani cultural landscape in Ziro Valley under Lower Subansiri district of the state and Thembang Dzong, a fortified village in West Kameng district, have made it to the tentative list of UNESCO and is now vying for a place in the final list of world heritage sites, an official of the state's research department said.

The government has taken extensive repair and conservation works in the two sites to ensure that they meet all criteria for inclusion in the final list, the official said.

The fortified village of Thembang Dzong in West Kameng district is spread across 3.2 acres and has two gates - one at the north and one at the south.

The dzong (fort), surrounding ancient and historical structures, is a traditional settlement of the Monpa tribe.

None of the settlers individually own any property inside the village, which is run by a panchayat system.

Ornamental features, including traditional wood carvings, paintings and manuscripts, have been etched on the walls of the dzong, the research department report said.

The Apatani cultural landscape has also made it to the tentative list for the unique agricultural techniques practiced within the community.

The farmers here rear fish in paddy fields and grow millet on the bunds (partitions) between the rice plots.

"There is efficient conservation of crucial watersheds, ensuring perennial streams flowing into the valley to meet the needs of the people," the report said.

The tribe has elected a village council, called bulyan, for maintenance of law and order.

In April 2014, 22 sites in the country, including the ones in Arunachal, were included in the tentative list of UNESCO. The properties made it to the list after extensive competition among the states.

The final list, however, is pending an UN agency approval.

As per standards, every decade, the UN member nations are supposed to suggest revisions to the heritage list.

Research director Batem Pertin said the department had been preparing dossiers for the two sites.

"The dossiers are almost complete and we are taking utmost care to make them error free so that the proposal does not get rejected," Mr Pertin said.

Former research director Tage Tada, who was also a consultant in the project, said the dossiers are nearing completion and mapping of the sites is underway.

The assistant director of the research department, Bulton Dutta, said the UNESCO has prescribed 10 criteria for inclusion in its list. Of that, a site has to meet at least two norms.

Thembang is also an outstanding example of a traditional human settlement in the mighty Himalayas, where the Monpa tribe has been preserving their natural and cultural resources for posterity, Pura Koji added.

"The department has repaired the dilapidated exit gate and the staircases," Mr Koji said.

Promoted
Listen to the latest songs, only on JioSaavn.com
The Apatani landscape also fulfills two criteria out of ten prescribed by the UNESCO.

"The Apatani cultural landscape has made it to the tentative list for its unique settlement system and man-nature relationship," nodal officer Radhe Yampi said.

Missing 10-Year-Old Girl Found Dead In Field In UP: Police