Pakistan also sent back an Indian national, who had inadvertently crossed over to PoK in the Poonch sector. 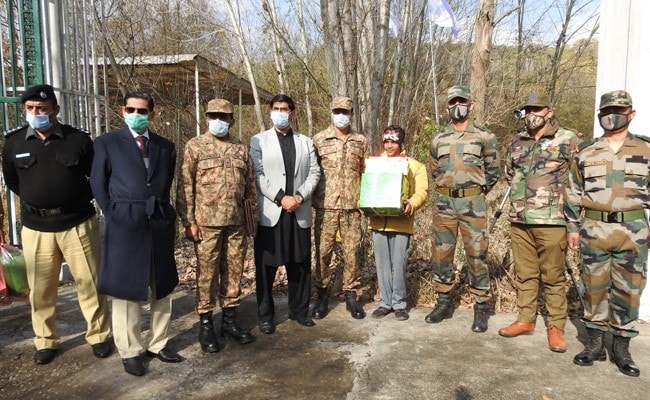 The boy was immediately provided with clothing, food, shelter, the Army said

Indian Army on Friday oversaw the repatriation of a boy who had inadvertently crossed over from Pakistan-occupied Kashmir (PoK).

Pakistan also sent back an Indian national, who had inadvertently crossed over to PoK in the Poonch sector.

The Army said in a press release that 14-year-old Ali Haider, from Mirpur district in PoK, had inadvertently crossed over to India in Poonch district of Jammu and Kashmir.

"The boy seemed innocent and was immediately provided with clothing, food and shelter by the Indian Army," the release said.

It said a request was made on January 3 to Pakistan authorities for his repatriation on humanitarian grounds.

The Army said that Pakistan authorities were also reminded of India's earlier request to repatriate an Indian boy named Mohammed Bashir who had inadvertently crossed over to Pakistan from the Poonch sector on December 24, 2020.

"The Pakistan authorities finally accepted the proposal on January 6, 2021. With the support of Jammu and Kashmir Police and civil administration, Ali Haider was repatriated to Pakistan via Poonch Rawalakot crossing point. Pakistan Authorities also handed over Mohammed Bashir after 16 days of staying in Pakistan custody," the release said.

PoK Boy Crosses Over To IndiaIndian ArmyLine of Control (LoC)