Srinagar: The Indian army has launched massive fire assaults on Pakistan along the Line of Control, a day after a soldier was mutilated and two more killed, for which it had vowed "heavy retribution".

The entire Line of Control, the de facto border between India and Pakistan, is now a hot zone with firing at Poonch, Rajouri, Kel and Machil, said the army, indicating that a localized response is not enough after repeated incidents. 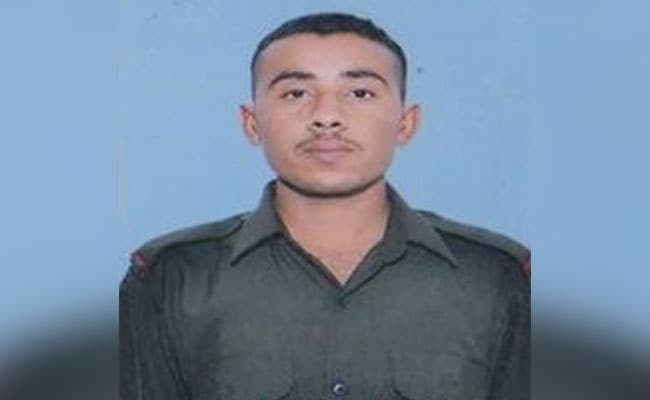 Prabhu Singh was beheaded by Pakistani commandos who crossed over at Machil.

120 mm heavy mortars and machine guns are being used in the attack on Pakistani army posts.

The soldiers were ambushed while they were on a patrol in the Machil sector in north Kashmir by the Border Action Team of the Pakistan army. Indian posts are closer to Pakistan in this sector and the rugged terrain and thicker forests gives intruders an advantage.

The army said today's assault is a direct message that mutilation is not acceptable and India's response will be quick and massive.

Pakistan has denied the incident and termed the reports as false and baseless.

Eighteen soldiers, including five from the Border Security Force, have died in firing from Pakistan while India says it has killed at least 29 Pakistani troops in retaliation.

There has been a spurt in ceasefire violations since the September surgical strikes, when Indian soldiers crossed over the Line of Control and destroyed staging areas for terrorists who were getting ready to enter India to carry out a series of attacks.

The strikes were seen as India's response to the Uri attack in which 19 soldiers were killed by terrorists from Pakistan. After the attack, the army said it reserved the right to respond to any cross-border terror attack "at the time and place of our own choosing".
Comments
Machil SectorLine of Control (LoC)Indian soldier's beheadingUri attackCross-border fire