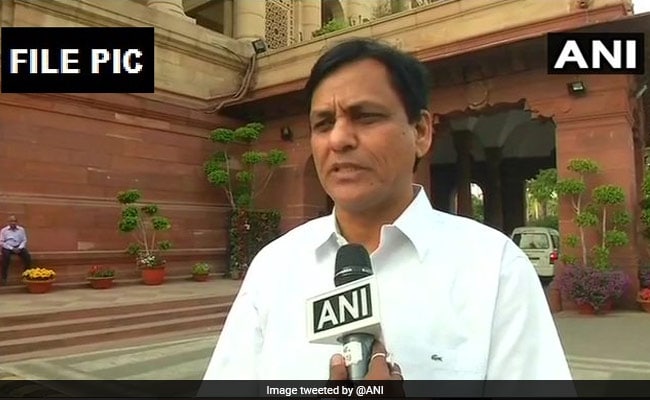 "Deliberations for providing new manpower and battalions for ITBP are in last stages," Nityanand Rai said

The process to authorise new battalions for the ITBP, guarding the LAC between India and China, is in the last stage and the government is determined to provide transport and logistical support to all security forces, Union Minister Nityanand Rai said on Sunday.

"Deliberations for providing new manpower and battalions for the ITBP are in the last stages," Mr Rai, the minister of state for home affairs, said.

Officials said the force is expected to get a sanction of seven new battalions comprising about 8,000 personnel for its new border posts that will mainly come up in the Arunachal Pradesh sector of the Line of Actual Control (LAC) on India's eastern flank.

The proposal for sanctioning new ITBP battalions and a sector headquarter in the northeast has been under the consideration of the Home Ministry for over two years now. But with the last year's sanction of the new border outposts and staging camps, the proposal is expected to get approval soon, they said.

An ITBP battalion has a strength of just over 1,000 personnel.

At the rising day event, Mr Rai lauded the ITBP for their bravery and for giving a "befitting reply" to their opponents during the clashes between Indian and Chinese forces in Ladakh during May-June last year.

He also decorated 20 ITBP officers and personnel as he pinned police medals for gallantry on their uniform for displaying bravery and courage during the clashes. These medals were announced by the Centre on Independence Day eve.

The minister said the "Operation Snow Leopard" conducted by the ITBP in Himalayan ranges gave a "big message that India will never compromise on its sovereignty and security."

The force proved it was "second to none" when it came to guarding the country, Rai said, adding, "It is a matter of pride that the ITBP won these many bravery medals in one instance for the first time in its history."

Mr Rai said the county's security forces have got "independence to operate and decide" under the leadership of Prime Minister Narendra Modi.

The minister said the Modi government was working to plug all gaps along India's international borders and trying to enhance the capabilities of the security forces and also equip them with better weapons and technology.

ITBP Director General Sanjay Arora also praised his troops for their gallant action during the clashes with the Chinese People's Liberation Army last year in the Ladakh area.

He recounted the initiatives taken by the force to combat the coronavirus pandemic in the country by operating health facilities in the national capital region.

Union Home Minister Amit Shah, who is in Jammu and Kashmir, greeted the personnel and their families through a Twitter message.

"ITBP is well known for protecting the motherland in the toughest of terrains and serving the nation during natural calamities. India is proud of ITBP's valour and determination," he said.

The about 90,000-personnel strong ITBP was raised on this day in 1962 in the aftermath of the Chinese aggression.