Amit Shah also said Prime Minister Narendra Modi has fulfilled yet another long-pending demand with India getting its first Chief of Defence Staff. 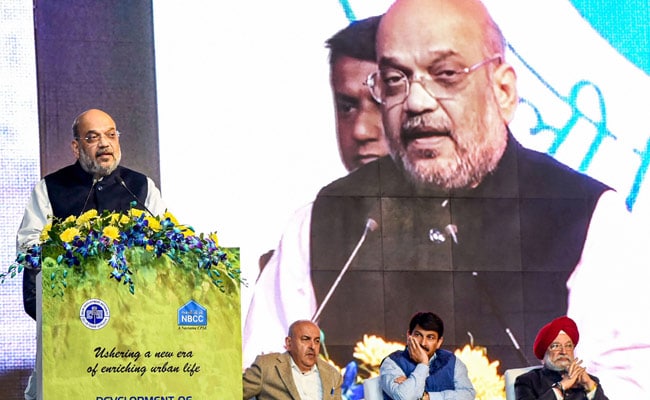 Union Home Minister Amit Shah said on Wednesday that the appointment of the first Chief of Defence Staff (CDS) was momentous and historic for India and it will further the Narendra Modi government's efforts towards ensuring welfare of personnel of all three services of the armed forces.

In a series of tweets, Mr Shah also said Prime Minister Narendra Modi has fulfilled yet another long-pending demand with India getting its first CDS.

General Bipin Rawat was on Monday appointed India's first Chief of Defence Staff with a mandate to bring in convergence in functioning of the Army, the Navy and the Indian Air Force and bolster the country's military prowess. He took charge as CDS on Wednesday.

"The Chief of Defence Staff will not only further Modi government's efforts towards ensuring welfare of personnel of all the three wings of Indian Armed Forces, modernise our military and fulfil aspirations of a #NewIndia.

"A momentous and historic day for India as PM @narendramodi ji fulfils yet another long-pending demand and India gets its First Chief of Defence Staff. I am confident that this decision will further strengthen India's resolve to be among the best defence forces in the world," Mr Shah said.

"I am sure under his leadership all the three forces will collectively work as a team and leave no stone unturned in securing our nation against all odds," he said.