Anna to take 'vow of silence' for indefinite period 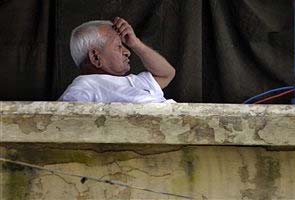 Pune: Social activist Anna Hazare will observe an indefinite 'maun vrat' (fasting into silence) from October 17 at his native Ralegan Siddhi village for "peace of soul", a close aide of the Gandhian said here today.

"Anna has been continuously interacting with people after ending his 12-day-fast for a strong Lokpal bill in Delhi in August and this had put a lot of strain on him...He needs some respite from this...He will observe an indefinite 'maun vrat' for 'atmashanti',"India against Corruption (IAC) activist Shyam Asava said.

"Even otherwise, he observes 'maun vrat' periodically in his spiritual pursuit," he said.

The vow of silence came close on the heels of the recent attack and controversy involving key 'Team Anna' member Prashant Bhushan, who had advocated plebiscite in Kashmir.

Hazare subsequently distanced himself from Bhushan's statement saying he did not agree with it and that it was the senior lawyer's personal view.

Promoted
Listen to the latest songs, only on JioSaavn.com
They discussed several issues, including attacks on IAC activists and Prashant Bhushan's remarks on Kashmir.

The anti-graft crusader said the 'maun vrat' is not on any specific issue but for self-purification and strengthening.