Assembly Elections 2019: In Andhra Pradesh, Sikkim and Arunachal Pradesh, people are casting their votes for all the assembly constituencies. In Odisha, however, voting is taking place in 28 out of 147 seats. 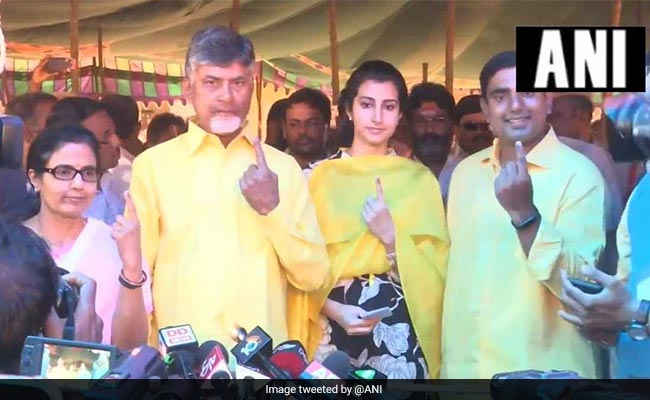 The electoral fate of many political bigwigs is at stake today as voting is underway for polls to state assemblies of Andhra Pradesh, Sikkim, Odisha and Arunachal Pradesh, simultaneously with 91 Lok Sabha seats in 18 states and two union territories in the first phase of national election.

In Andhra Pradesh, Sikkim and Arunachal Pradesh, people are casting their votes for all the assembly constituencies. In Odisha, however, voting is taking place in 28 out of 147 seats.

In Andhra Pradesh, anti-incumbency, caste and corruption are the major factors that could determine the outcome of the elections to Lok Sabha and the state assembly as a 3.93 crore strong electorate decides its political representatives.

In Sikkim, an electorate of over 4 lakh would exercise their franchise to elect a 32-member assembly.

Prominent candidates include Sikkim Chief Minister Pawan Kimar Chamling, who is seeking a record eighth successive term as an MLA. He is contesting from two assembly seats -- Poklok-Kamrang and Namchi-Singhithang.

Former footballer Bhaichung Bhutia, who is the working president of the Hamro Sikkim party (HSP) is contesting in two assembly seats.

In Arunachal Pradesh, the BJP is contesting all 60 seats in the state for the first time. Chief Minister Pema Khandu is seeking a re-election from Mukto assembly seat for the third consecutive term.