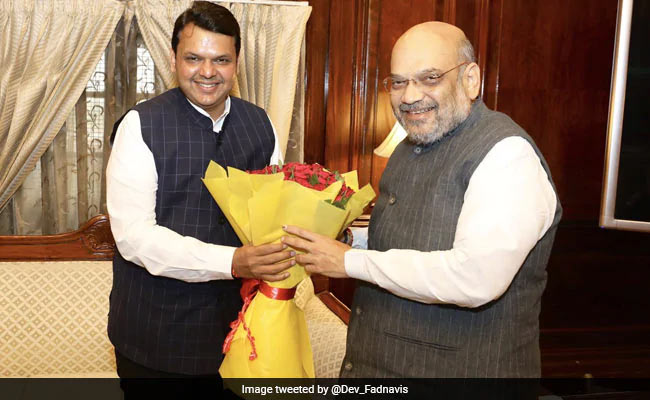 The mass outreach programme comes ahead of the state Assembly polls due later this year. (File photo)

The chief minister's mass outreach programme comes ahead of the state Assembly polls due later this year.

"Union Home Minister Amit Shah will kick-start the rally on August 1 from Mozari in Amravati. Prime Minister Narendra Modi will address the concluding event in Nashik, the date of which is yet to be finalised," the functionary said.

Mr Fadnavis will be covering at least 152 out of the total 288 Assembly constituencies in the state during the nearly one-month long mass outreach programme, he said.

"The chief minister will address 104 rallies and 200 small meetings during the yatra," he said.

The BJP is planning to hold the final rally in Nashik but the date has not yet been finalised, he said.

"It is likely to be in August-end. Once we get a confirmation from the prime minister's office, we will be able to plan things accordingly," he said.

The first phase of the yatra will be from August 1 to 9 and cover areas in Vidarbha and north Maharashtra.

The second phase will be from August 17 to 31, covering areas between Aurangabad and Nashik.

The yatra will cover a distance of 4,232 km spread across 30 out of the 36 districts in the state, a party office-bearer earlier said.

During the state BJP's executive meet on Sunday, Mr Fadnavis said the yatra will not affect governance. He asked the BJP workers to ensure its success through "micro planning", saying more than partymen, it was important that common people attend rallies to hear him.

The Sena, led by Uddhav Thackeray, is an ally of the BJP in Maharashtra and at the Centre.