In a first of its kind initiative since assuming charge at the Home Ministry, Mr Shah chaired the meet attended by Chief Ministers and the representatives of 10 Maoist-hit states. 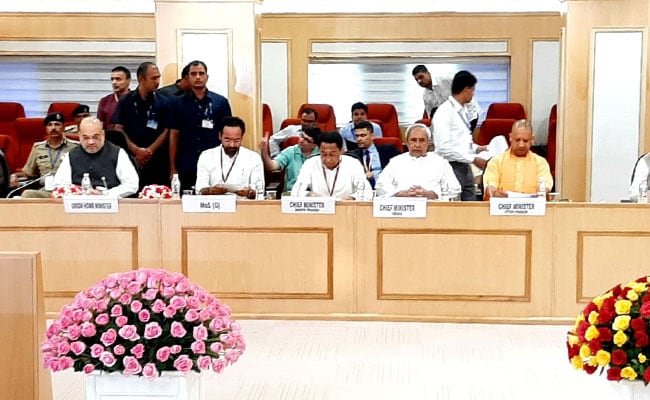 Amit Shah chaired the meeting at Vigyan Bhavan in Delhi.

Mr Shah met the Chief Secretaries and police chiefs of these states during the meeting held at Vigyan Bhawan in Delhi. Union Minister of State for Home G. Kishan Reddy also attended the meeting.

"The Home Minister wanted to review the ongoing operations in the Maoist-affected states, initiatives taken by the state governments and the developments so far there," a Home Ministry official said, requesting anonymity.

A total of 1,400 Maoists were killed between 2009 and 2018. As many as 310 incidents of Maoist violence were reported in the first five months this year across the country in which 88 people were killed.

The centre is implementing special assistance for most Maoist-affected districts with an annual outlay of Rs 1,000 crore to fill critical gaps in public infrastructure and services.