Amit Shah was in Kolkata to drum up support for actor-turned-BJP candidate Rudranil Ghosh, a political newbie fielded from the south Kolkata area with a sizeable Gujarati population. 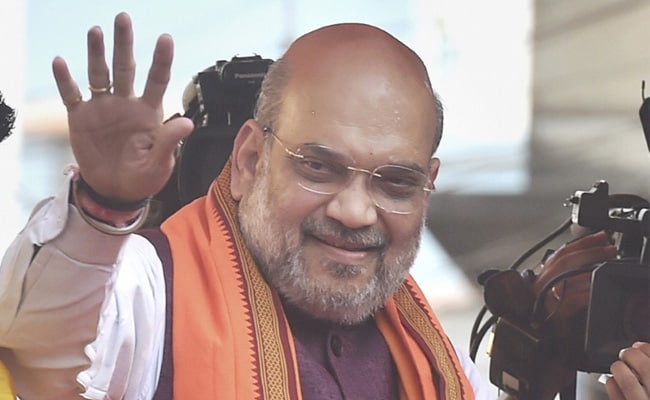 Amit Shah was in Kolkata to drum up support for actor-turned-BJP candidate Rudranil Ghosh, a political newbie fielded from the south Kolkata area which has a sizeable Gujarati population.

The women welcomed Amit Shah by blowing conch shells and applying "tilak" on his forehead as he visited their homes and handed over leaflets asking people to vote for BJP.

Bhabanipur, with its sizeable Gujarati population, was Chief Minister Mamata Banerjee's pocket borough till she decided to switch to Nandigram this election.

As the union minister went around the locality and nearby pockets of the constituency, the police, commandos and BJP volunteers had a trying time to maintain security without disrupting his outreach programme.

"Mark my words, BJP is going to win Bhabanipur seat by a huge margin like other seats," Amit Shah told reporters before leaving.

Later Amit Shah had a vegetarian Bengali lunch at the residence of BJP old-timer and state leader Samarendraprasad Biswas in the constituency.