Chhattisgarh Chief Minister Bhupesh Baghel said that beds with oxygen facility and ventilators should be provided only to those patients who are actually in need of them. 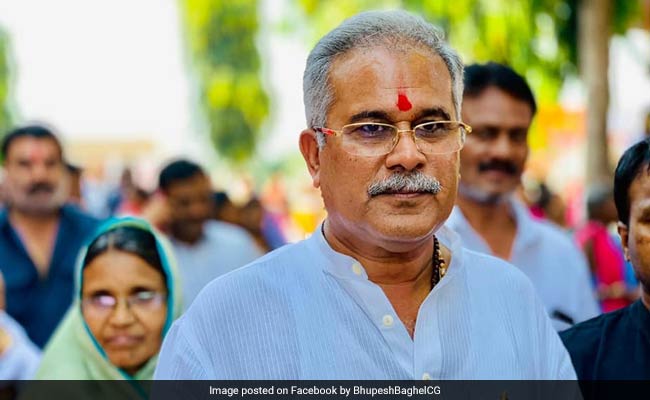 Amid an alarming rise in COVID-19 cases in Chhattisgarh, Chief Minister Bhupesh Baghel today directed senior health officials to determine the procedure for allocating beds in hospitals to coronavirus patients as per their condition, an official said.

Mr Baghel also directed them to ensure that hospital beds are not allocated unnecessarily to anyone under any influence or reference, the public relations department official said.

The chief minister said that beds with oxygen facility and ventilators should be provided only to those patients who are actually in need of them.

Patients who do not need oxygen support can be admitted in Covid Care Centres or hospitals' general beds for treatment, he said.

Mr Baghel also directed the officials to increase the strength of beds with oxygen facility in hospitals, the official added.

Expressing concern over the rate at which coronavirus cases and deaths are rising in the state, the chief minister appealed to people not to venture out of houses unnecessarily and follow safety protocols, he said.

The Chief Minister earlier held talks with the representatives of social organisations and appealed to them to cooperate in the fight against the pandemic, the official said.

The representatives of social organisations and groups joined the discussion via video-conferencing from five divisional headquarters - Raipur, Durg, Bastar, Surguja and Bilaspur.

Mr Baghel apprised them of the coronavirus situation in the state and sought their suggestions to tackle it, he said.

The chief minister asked them to encourage people to get vaccinated against coronavirus and also get tested in time if they have symptoms of the disease, he said.

The Chief Minister said the way people from different quarters of societies had supported the authorities during the crisis last year, similar cooperation is required from them this time as well, he said.

As per the official figures, the number of active cases in the state stands at 52,445, while 3,29,408 patients have recovered.

On Tuesday, the state had recorded 9,921 cases, the highest single-day spike since the outbreak of infection in March last year.