"It's Personal": Akshay Kumar On Row Over Citizenship

Akshay Kumar had found himself in controversy after dodging a question about whether or not he voted in the Lok Sabha elections. 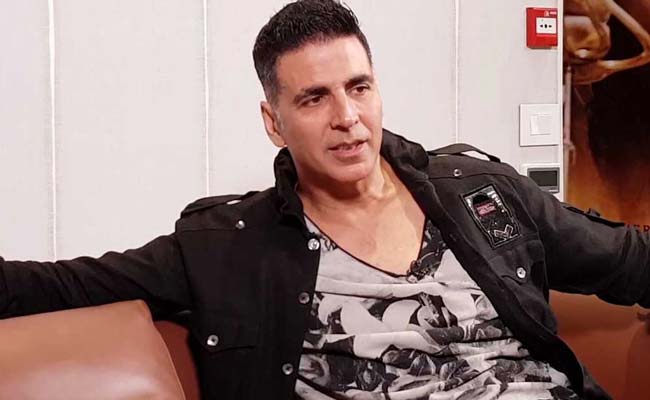 Stung by the controversy over his citizenship, Bollywood star Akshay Kumar on Friday issued a statement saying he did not understand the "unwarranted interest and negativity" and that the issue was "personal and of no consequence to others".

"I really don't understand the unwarranted interest and negativity about my citizenship. I have never hidden or denied that I hold a Canadian passport," Mr Kumar, 51, tweeted.

"It is also equally true that I have not visited Canada in the last seven years. I work in India, and pay all my taxes in India," he wrote.

"While all these years, I have never needed to prove my love for India to anyone, I find it disappointing that my citizenship issue is constantly dragged into needless controversy, a matter that is personal, legal, non-political, and of no consequence to others," Mr Kumar said.

"Lastly, I would like to continue contributing in my small way to the causes that I believe in and make India stronger and stronger," he added.

Akshay Kumar, who had made headlines with his "non-political" interview of Prime Minister Narendra Modi in the middle of the ongoing national elections, had found himself in controversy after dodging a question about whether or not he voted.

Confronted by reporters days after the round of voting in Mumbai, where his wife Twinkle Khanna was seen voting but the Khiladi star was conspicuous by his absence, Akshay Kumar responded with a curt "Chaliye beta (Move on, son)".

Media reports said that having a Canadian passport made the star, who had just last month issued an appeal to all Indians to participate in the elections, ineligible to vote.

One of the Hindi film industry's most successful stars, Akshay Kumar had started his journey in Bollywood in 1991 with 'Saugandh'.

In the past few years, the actor has featured in a series of films such as 'Toilet: Ek Prem Katha' and 'Padman' focusing on social issues. He also won a National Award for his performance in "Rustom", in which he played a patriotic Navy officer.

On Thursday, Election Commission officials said that the BJP had sought its permission to screen 'Toilet: Ek Prem Katha' and 'Padman' on NaMo TV, the channel that it sponsors on satellite television networks to air rallies of Prime Minister Narendra Modi and the BJP amid the elections.