An official of the Akal Takht on Sunday said it was decided during a meeting of five Sikh head priests recently to confer the award on Gajinder Singh. 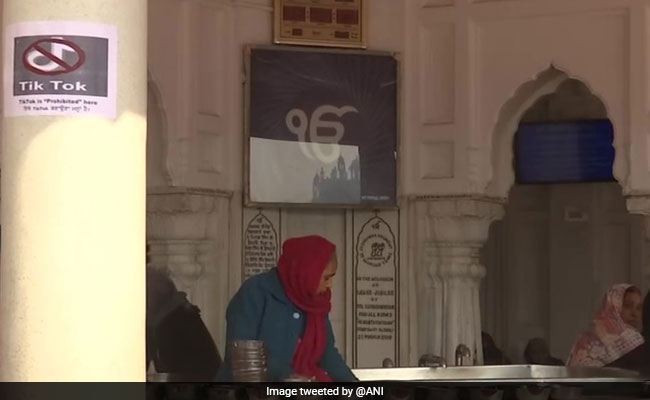 The Akal Takht, the highest temporal seat of the Sikhs, has decided to confer the "Panth Sewak" award on radical outfit Dal Khalsa founder Gajinder Singh, one of the five men accused of hijacking an Indian Airlines plane to Lahore in 1981.

India had put Gajinder Singh's name in the list of 20 "most wanted" terrorists in 2002.

An official of the Akal Takht on Sunday said it was decided during a meeting of five Sikh head priests recently to confer the award on Gajinder Singh.

Seeking anonymity, the official said it was decided to honour him "for his contributions to the Sikh community".

He said the Akal Takht will shortly issue an official notification in this regard and fix a date to honour him.

In the wake of the hijacking, the Union government had banned the Dal Khalsa in 1982. The ban was, however, lifted a decade later.

In Pakistan, Gajinder Singh and others were sentenced to life imprisonment. They spent around 14 years in prison, said Dal Khalsa spokesperson Kanwar Pal.

Gajinder Singh reached Germany in July 1996 to start his life afresh but he was deported to Pakistan.

"A petition was filed by Dal Khalsa activists in the administrative court of Germany protesting the deportation of Gajinder Singh back to Pakistan. Since then, he is in exile," claimed Kanwar Pal.

About the Dal Khalsa founder's family, he said his wife and daughter were allowed to visit him in prison in 1987-88 and when they again visited Pakistan in 1990, they never returned to India.

Thereafter, his wife settled in Germany and daughter was married in the UK. His wife Manjit Kaur died in Germany last year, he said.

Gajinder Singh is presently the patron of the Dal Khalsa, he said.

The plane was hijacked with 111 passengers and six crew members on board on September 29, 1981.

The accused forced the plane to land in Lahore of Pakistan, where they were arrested and underwent imprisonment from September 30, 1981 to October 31, 1994.

The hijackers had demanded the release of several Khalistani terrorists, including Jarnail Singh Bhindranwale.

Pakistan used its elite commando force to get all passengers released.