The Air Chief at the occasion also apprised that the IAF is looking to induct 5 squadrons of LCA Tejas in the near future. 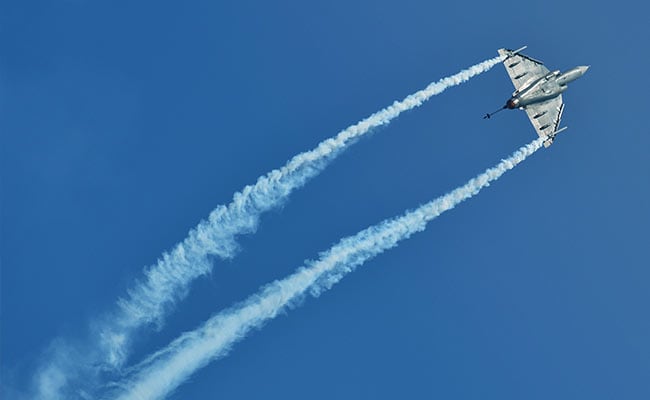 Indian Air Force Chief, RKS Bhadauria on Tuesday reiterated that the force was committed to the indigenous development of weapons and aircraft in consonance with Make in India initiative.

The Air Chief at the occasion also apprised that the IAF is looking to induct 5 squadrons of LCA Tejas in the near future.

Asserting that the IAF was on the path to modernisation, Air Chief said, "However, to achieve true strategic autonomy, we need to focus on design and manufacturing. I would like to put on record that the IAF is fully committed towards the indigenous development of high technology hardware in consonance with Make in India."

"We have started building the LCA fleet. We already have a squadron operational and five more will be inducted in the near future," he added.

The Air Chief listed out the various indigenous platforms that have been inducted into the IAF in recent years. Apart from the Integrated Air Command and Control System, he mentioned that the IAF has already inducted Rohini radars and will induct Arudhra radars in future.

In other weapons he mentioned that Astra air-to-air BVR missile has been successfully tested, laser-guided bombs, precision weapons, Akash surface-to-air missiles have also been operationalised and development of indigenous fifth-generation fighter AMCA has been initiated.

"I am well aware that these actions are not adequate and measures are being taken to give further impetus. We will assist and promote Indian firms to play a major role in our fleet maintenance," he said.

The Air Chief also mentioned the "Vayu Shakti" exercise and the rescue and relief operations that IAF carried out in flood-affected areas.

Urging on the need to remain combat worthy whether in the air or in-ground, IAF Chief said, "It is the duty of every air warrior to take full ownership and responsibility for the safety of combat equipments placed under them."

Concluding his speech, the Air Chief said, "Indian Air Force is grateful for nation's trust confidence in us and the support provided. On behalf of all air warriors, I assure the nation of our sacred resolve, defending the sovereignty of our skies and safeguarding our national interest at all cost."