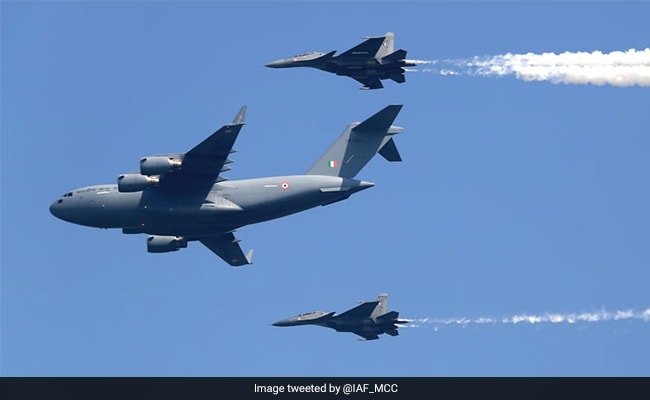 The Air Force Day is celebrated every year on October 8, the day Indian Air Force was officially established in 1932. This year, the IAF Day is special as the first of 36 long-awaited Rafale fighter jets will be received by Defence Minister Rajnath Singh in France. In spell-binding aerobatic display, the Indian Air Force (IAF) will showcase its latest technology and reflects on the road ahead. The spectacular air display ceremony will take place at the Hindon Air Force base near Delhi. The Indian Air Force will also be showcasing its Chinook and Apache helicopters for the first time. Both these helicopters were acquired from the United States and inducted within in the last few months.  The Air Force Day 2019 will be celebrated in the presence of IAF chief Rakesh Bhadauria and senior officials of the three armed forces.

#AFDay2019 : Promo video on the occasion of 87th Anniversary of Indian Air Force.

Watch the full video on : https://t.co/WyGyVrcXZy#AFDay19pic.twitter.com/v2vlLA5Euh

What is Air Force Day?

Air Force Day is celebrated on October 8 at Hindon base in Ghaziabad near Delhi. The ceremony will start at 8 am and will continue till 11 am.

You can also watch it online on NDTV Player for LIVE Streaming of Air Force Day parade: NDTV English Channel

What To Expect On Air Force Day

The air display will begin with flag bearing skydivers of the Akash Ganga Team jumping from AN-32 aircraft in their colourful canopies, at 8 am. The flypast would include vintage and modern transport aircraft and front-line fighters.