The Chief Minister's announcement on Thursday that an inquiry commission would investigate the death of the party's powerful chief Ms Jayalalithaa removed a major hurdle in the way of a re-merger, talks for which have been on for days.

Jayalalithaa's memorial has been decked up with elaborate floral arrangements. (PTI Photo)

AIADMK legislators who had gathered at J Jayalalithaa's memorial at the Marina beach in Chennai on Friday evening, in anticipation of a merger announcement, had to leave when it began to rain. The memorial was adorned with flowers and two wreaths were brought out leading to speculation that Chief Minister E Palaniswami and his predecessor O Panneerselvam, who lead the ruling party's two factions, would arrive soon and make a joint announcement.

It did not happen. After over five hours of meeting at the home of Mr Panneerselvam, called OPS, his camp sent word that Chief Minister Palaniswami's announcement of an inquiry commission to investigate the death of the party's powerful chief Ms Jayalalithaa was not enough. They want a sitting judge to conduct the probe. Team OPS also reiterated that there can be no merger move till VK Sasikala, who is in prison in a corruption case, is publicly sacked as the party's chief. 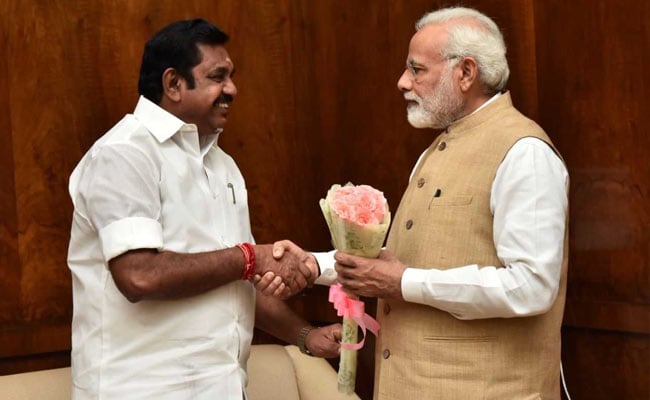 Team OPS is no more insisting, said sources, on Mr Panneerselvam getting back the Chief Minister's post, which he was forced to give up in February this year. Mr Palaniswami, they said, has offered OPS the post of party chief, which is acceptable to them. Mr Panneerselvam was made to resign as chief minister by Ms Sasikala before her plans to take over collapsed when she was convicted by the Supreme Court for corruption and sentenced to four years in jail. Before going to jail, she named E Palaniswami as the new Chief Minister and her nephew, TTV Dhinakaran, the AIADMK's number No 2.

Mr Palaniswami and Mr Panneerselvam's separate meetings with Prime Minister Narendra Modi in Delhi recently were seen to give the possibility of a merger a boost after several false starts. The BJP is believed to be invested in a reunited AIADMK, which has in the past supported it on key policies and legislation and is seen as friendly to the Centre.

A merger will resolve a fight between the two camps over rights to the party's name and symbol especially before crucial local body elections due in a few months in Tamil Nadu. 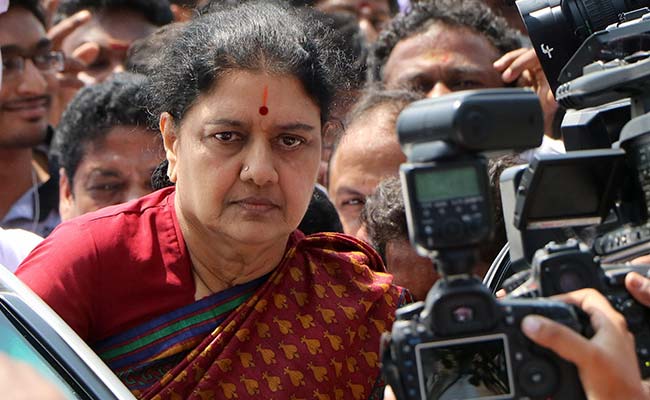 Before going to jail, Sasikala named E Palaniswami as the new Chief Minister

Ms Sasikala is in a Bengaluru prison, where her nephew Mr Dhinakran met her last morning. After being sidelined by Chief Minister Palaniswami, he has been trying to gather support to thwart any merger plans that involve the ouster of his aunt and him.

Promoted
Listen to the latest songs, only on JioSaavn.com
The issue of a merger acquired urgency after Mr Dhinakaran, who claims to have the support of 40 AIADMK legislators, staged a show of strength in Madurai recently. 20 legislators attended, but even they could potentially bring down the Palaniswami government, which has just six lawmakers over the simple majority in the assembly. Mr Panneerselvam has the support of 10 MLAs.

Former Chief Minister Ms Jayalalithaa led the AIADMK till she died in December after months in hospital.