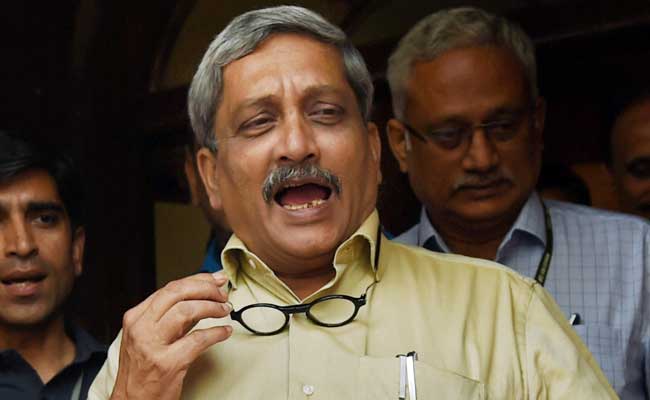 Manohar Parrikar swung into action as soon as he saw the tweet and ordered immediate air evacuation.

New Delhi: In a humanitarian gesture, Defence Minister Manohar Parrikar today approved airlifting of a critically ill daughter of a retired naval officer from Chhattisgarh to the Army Research and Referral Hospital in Delhi after the father tweeted to him and Prime Minister Narendra Modi seeking help.

Retired naval officer Ravi Kant Soni tweeted to PM Modi and Mr Parrikar earlier in the day, saying he had requested the Ministry of Defence for air evacuation of his daughter who is on ventilation at a hospital in Bhilai with insufficient medical facilities.

Mr Soni, who served in the navy for 20 years, said she needs to be moved to R&R Hospital, Delhi as soon as possible.

"All hopes due to the absolute positive response of the Air Force seem to have died down at the last moment due to some bureaucratic reason," he tweeted.

"We're losing valuable time. It is not possible for civil air ambulance to operate in weather conditions prevailing at Raipur and Delhi with such a critical patient. Also, civil air ambulances are not allowed to operate/land at Delhi airport post 1800hours. Sirs you can still help.

"Your much needed help will go a long way in reinforcing the faith of lakhs of serving as well as retired defence personnel that they place in the Indian Armed Forces," he said in a series of tweets.

Sources said Mr Parrikar swung into action as soon as he saw the tweet and ordered immediate air evacuation.

He also spoke to Mr Soni's son and assured them of all help.

Mr Soni tweeted back four hours later, saying, "Extremely grateful to the hon'ble Defence Minister @manoharparrikar and the entire IAF team which has always been supportive in getting us out of this emergency. This monumental support can never be forgotten. Proud to be a part of the Indian Armed Forces."