Bhopal: The manner in which eight members of banned group SIMI were gunned down in Madhya Pradesh is being questioned by the country's top human rights body and the opposition. Chief Minister Shivraj Singh Chouhan has declared that offensive and, at a speech yesterday, informed his audience, "Those being tried for terror take years to get punished. For years, they are fed chicken biryani in jail. Then they escape and indulge in more crimes and attacks...we need fast-track courts for terror cases too."

Mr Chouhan and his ministers have aggressively defended the policemen who found the SIMI members hours after they escaped from the Central Jail in Bhopal on Monday. The police was fired at by the prisoners, the government has said, and had no choice but to shoot back. Post-mortem reports accessed by NDTV reveal that each man killed took at least two bullets; some were shot in the back.

The killing triggered a national debate with the National Human Rights Commission seeking an explanation from the government and the police because of a series of videos which show the men, unarmed, being shot at close range. It is not clear who shot the videos (NDTV cannot verify authenticity of these videos). 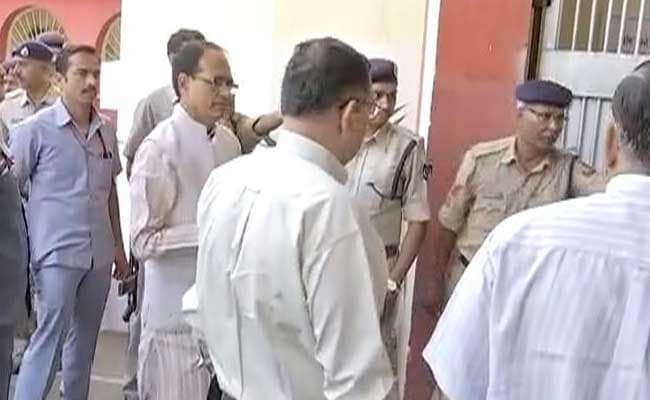 Shivraj Singh Chouhan visited the Bhopal Central Jail from where the prisoners escaped.

The police and the government have both said that the prisoners had only spoons as weapons at the time of escape but were found with four country-made pistols in the village where they were hiding.

Promoted
Listen to the latest songs, only on JioSaavn.com
Kusum Mehdale, the minister in charge of jails in Madhya Pradesh, admitted to NDTV that the jailbreak may have been an inside job. Several security cameras were not working even in the high-security core of the prison where SIMI prisoners - nearly 30 in all - were kept. Jail officials claim bedsheets were used to scale a wall nearly 30-feet high and that locks were turned using keys fashioned from toothbrushes, explanations whose plausibility has been questioned by many including the lawyer for the men who were killed.

The prisoners slit the throat of a jail guard before escaping. "Why doesn't the opposition talk about martyrs?" asked the Chief Minister yesterday, accusing other parties of trying to politicize a matter of crucial security. Home Minister Bhupinder Singh said "a big network" helped the SIMI activists to break free and that they were planning "a major terror attack which was prevented by an efficient police force".