We Should Be Praised For Killing Them: Bhopal Minister On SIMI Shooting

A video of the police encounter with SIMI members near Bhopal, Madhya Pradesh has raised questions.

Bhopal: While a video showed prisoners who escaped from a Bhopal jail being shot at close range, raising serious questions about the police's action, the minister in charge of jails for Madhya Pradesh told NDTV that "You should praise us for killing the accused even though they escaped" while admitting to "lapses" in the high-security prison that allowed the breakout.

The eight men were members of the banned group SIMI (Students Islamic Movement of India) and had been jailed for charges ranging from murder to terrorism and sedition. But the details of their breakout from the high-security Central Jail and the footage of them being gunned down initially triggered conflicting versions from jail officials, the police and government officers.

The SIMI men killed a security guard at the jail before managing to scale a wall over 30 feet high, reportedly by tying bedsheets together, but there is no footage of the escape. Kusum Mehdale, the minister who handles prisons, told NDTV, "I accept there are lapses on our part. Some CCTVs in the jail may not be working. How they managed to scale the wall I don't know." She added, "You should praise us for killing the accused even though they escaped...they were stopped from carrying out more dangerous acts." 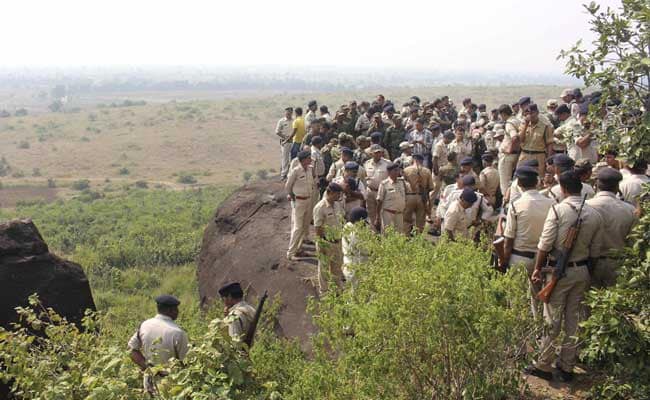 8 members of SIMI were shot dead hours after escaping from Bhopal Central Jail.

A video shot hours later (NDTV cannot verify authenticity of these videos), allegedly by a policeman after the prisoners were found on the outskirts of Bhopal in a thickly forested area, reveals a voice that asks why the shooting is being filmed; another is heard saying "put a bullet in his chest".

The National Investigation Agency, the country's top counter-terrorism body, has been assigned to investigate the encounter.

The police has said that the eight men who were killed resisted efforts to take them back into custody.

Today, Yogesh Choudhry, the Inspector General of Police in Bhopal, told NDTV that the SIMI prisoners were armed at the time that they were killed. "We found four country-made pistols on the accused. They had fired six rounds at us. How they got guns we will have to probe," he said, adding that three cops who were injured in the alleged battle with the prisoners were injured "but with sharp weapons".

He said the videos are being examined to determine their authenticity.

Promoted
Listen to the latest songs, only on JioSaavn.com
After escaping prison, the inmates made their way on foot to a village 10 miles south of the Bhopal, despite a massive search.

Police said local residents had alerted them about suspicious movements in the village, leading to the raid in the late morning.