After Pulwama Attack, Congress Hits Out At Centre Over Pak Policy 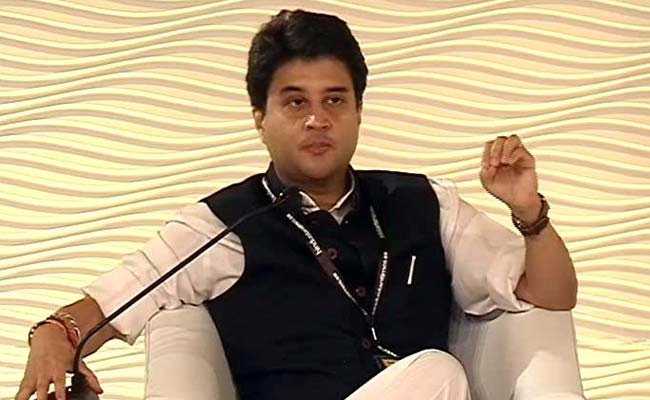 New Delhi: Questioning the government's Pakistan policy, Congress today accused it of failing to protect military installations from cross-border terror strikes and wondered why Prime Minister Narendra Modi was silent even after five soldiers were killed in Sunday's Pulwama attack.

"What is the government's Pakistan policy? The NSA met its Pakistani NSA in Bangkok after the family of Kulbhushan Jadhav was ill treated by Pakistan. On the other hand, crossborder attacks are going on," Mr Scindia said during Zero Hour.

On the Pulwama attack, Mr Scindia accused the government of failing to put in place security measures to protect sensitive defence installations even though there were similar terror strikes on military bases in the recent past including in Uri, Udhampur and Pathankot.

"When people were celebrating (the new year), Pakistansponsored terrorist attacked a CRPF camp in Pulwama. Five soldiers laid down their lives. The soldiers are sacrificing their lives protecting the country but the government does not look serious in protecting them," Mr Scindia said.

He also wondered why the Prime Minister was maintaining "total silence" over it.

"There have been a series of terror attacks on our military installations in the last couple of year. A committee by Lt Gen (retd) Philip Campose had suggested measures to strengthen security at defence installations. But the government is in deep slumber," said Mr Scindia.

In a pre-dawn strike, five CRPF men were killed and three others injured when heavily-armed terrorists stormed the camp of the paramilitary force at Lethpora in Pulwama district on December 31. The attack was claimed by Pakistan-based Jaish-e-Mohammed.

Mr Scindia also attacked BJP lawmaker Nepal Singh for his reported comments that army jawans should expect death because of the profession they are in.

Mr Singh, who represents Rampur constituency in Uttar Pradesh, had reportedly said "these things happen" replying to a question about deaths of security personnel in the attack.

"We had carried out the surgical strikes. We killed around 200 terrorists in the last three years. The Congress should not play politics over a sensitive issue," Mr Kumar said.

Mr Scindia also asked why the government failed to prevent the attack when there was intelligence input about it.

Making a statement, Minister of State for Home Hansraj Ahir said the whole country is mourning the death of five CRPF personnel and the government was taking serious steps to prevent such attacks.