After "Historic" Korean Summit To Unify, India And Pakistan Should Try The Same: Pak Media

India and Pakistan, which were one country for thousands of years, have had a turbulent 71 years since India was divided into two nations during independence from the British in 1947. 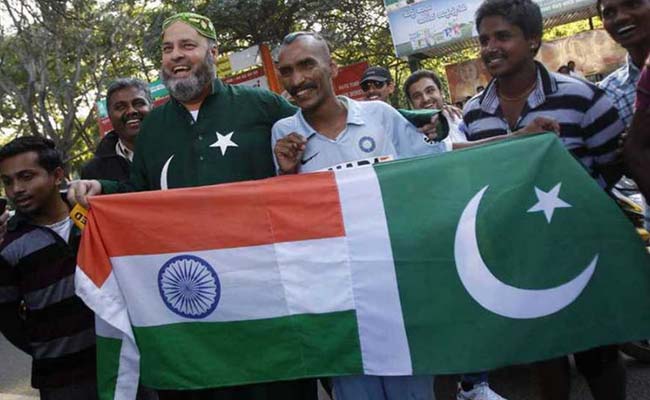 After the historic Korean summit, a report in Islamabad talks of something similar for India and Pakistan

New Delhi: Taking a leaf out of Friday's "historic" Korean summit in which leaders of North and South Korea agreed to pursue a permanent peace treaty, a media report in Islamabad suggested that India and Pakistan should try to resolve their differences in a similar manner.

The report, published by Pakistan's Dawn news suggested that India and Pakistan should try to end hostilities and make the "quest" for normalisation and peace the "noblest of goals" in the region.

India and Pakistan, which were one country for thousands of years, have had a turbulent 71 years since India was divided into two nations during independence from the British in 1947. In the last seven decades, the two countries have had repeated conflicts and skirmishes, including 3 wars - in 1965, 1971 and 1999.

North Korean leader Kim Jong Un and the South Korea's President Moon Jae-in embraced after signing what they called the Panmunjom Declaration, following a day that began with an emotional handshake over the Military Demarcation Line that splits their countries.

In an completely unscripted moment when he arrived, Kim grabbed Moon's hand and led him over the border to the North before they returned hand-in-hand, in an image that will provide the lasting memory of the summit.

They agreed they would seek a permanent end to the Korean War this year, 65 years after hostilities ended in an armistice rather than a peace treaty.

In its report, Pakistan's Dawn news said, "Inevitably, a comparison between the renewed engagement between the two Koreas and the freeze in ties in the South Asian subcontinent will be made. The tensions and disputes between Pakistan and India are fundamentally different to the issues between the Koreas."

"Pakistan and India have forged very different and irreversible histories, whereas the Koreas seek reunification. Yet, a shared history and the common dreams and aspirations of a people with enduring cultural and other similarities across India and Pakistan make the quest for normalisation and peace in this region the noblest of goals," the Pakistani news report stated, according to news agency PTI.

The editorial continued to say that the striking imagery of the Korean summit recalls the unprecedented hope and expectations created by the historic trip to Lahore of the then Prime Minister Atal Bihari Vajpayee in 1999.

But immediately after then Prime Minister Vajpayee's visit, the Pakistani Army entered Kargil, leading to a war between the two countries.

"It is time for the leadership of India and Pakistan to once again tread the path of peace and friendship," the editorial said.

Ties between the two countries had strained after the terror attacks by Pakistan-based groups in 2016. In 2008 too, Pakistan based terror group Lashkar-e-Taiba carried out a massive terror attack in Mumbai.

Every time an initiative is taken towards peace, the process is derailed by either the Pakistani military or by acts of terrorism, which derail the peace process. In recent years, India has made it clear that a sincere effort can only be made once Pakistan decides to crack down on terrorism and terror outfits in their country.

Promoted
Listen to the latest songs, only on JioSaavn.com
After 41 years of being East and West Germany, the two countries reunited in 1990. The Korean peninsula too was divided into North and South Korea in 1945. They now have started a peace process, hoping to unify. Can, and should India and Pakistan hope for something similar?