After CBSE Paper Leaks, Board To Consider Encrypted Exam Papers Next Year 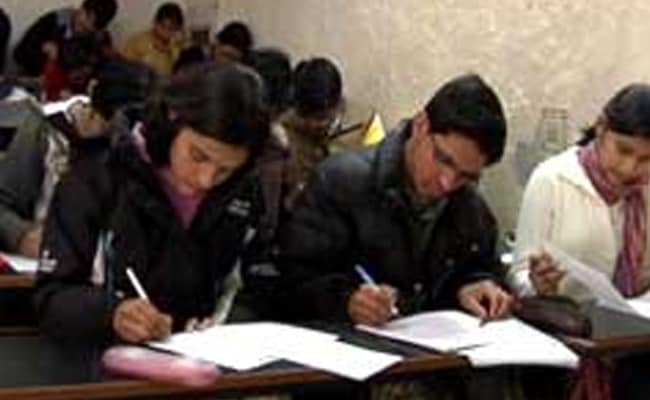 CBSE had to conduct Class X and XII papers a month after it was leaked this year.

The Central Board of Secondary Education (CBSE) is considering using encrypted question papers for Class X and XII examinations and passing on the task of printing them to schools from next year.

The move is being currently tested as a pilot project in the ongoing compartmental examinations after the board had to face embarrassment following question paper leaks in March this year.

The board is also planning to provide logistical support to examination centres which lack adequate printing and xerox machines.

"We are testing this on pilot basis during the compartment exams where question papers are being delivered via e-mails 30 minutes ahead of the exam. The pass words are sent separately to the centre superintendent and the question papers are printed and photocopied at the centres itself," CBSE Secretary Anurag Tripathi told reporters.

"We are only going to select big schools as centres which have adequate infrastructure. Those which will be found lacking that, we will hire an agency to provide the logistical support to them. The printing cost will be borne by CBSE only. There is not going to be a major difference in the expenditure in the current process and the proposed one," he added.

However, a final decision in this regard will be taken soon after an analysis of the pilot run as well as the logistical demands, Mr Tripathi said.

"Another possibility we are looking at is to start at a lower scale of sending encrypted question papers where the number of students are low. It all depends now how prepared we are with the logistics," he said.

According to CBSE, a centre with around 500 students will need to print 8000 pages of question papers in one subject.

"The logistics needed for that is printers, internet, photocopiers, uninterrupted power supply or power backup. There are 1200 KVs and 600 Navodaya Vidyalayas, which are complete with the infrastructure. CBSE needs around 4500 centres, but in this system the number of centres may decrease marginally.

"We will look for centres which have higher capacity and the necessary logistics first. This may bring down the number of centres, but we will ensure that students don't face any difficulty. Those centres which lack certain logistics, CBSE will help, including the remote centres," said Mr Tripathi.

On whether the logistics will need major investment and whether the board is prepared for that, the secretary said that it will be compensated by the cost required for delivering hard copies of question papers.

"We will save on the cost of transportation, bank custodian charges, packing, printing which will easily compensate the cost of logistics necessary for the delivery of the encrypted question papers," he said.

The CBSE had to conduct the economics retest on April 25, nearly a month after it was leaked, triggering widespread outrage and confusion among students across India.

There were also reports of the CBSE's Class 10 mathematics paper being leaked, but the board decided against a retest of the Class 10 paper, saying the examination was "largely an internal segment" of the school education system.

The HRD Ministry had set up a committee to examine the process by which the CBSE conducts examinations. The seven-member panel, headed by former HRD secretary Vinay Sheel Oberoi, suggested measures to make the process "secure and fool-proof".

"The board is yet to take a call on recommendations made by the committee," Mr Tripathi said.