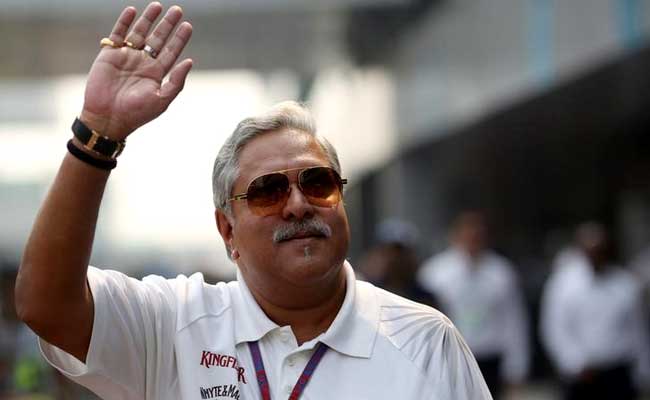 New Delhi: Within minutes of the media reporting his arrest today, Vijay Mallya, former billionaire, said on Twitter that  the news is distorted.

But Scotland Yard said in a statement today that Mr Mallya "was arrested on behalf of the Indian authorities in relation to accusations of fraud."

Sources say that Mr Mallya is trying to present his appearance at a police station, as requested by officials, as proof that he was not caught dramatically or while trying to evade authorities. He was given bail in a court hearing that lasted about ten minutes, according to his lawyers.

India asked the UK to extradite Mr Mallya in February after he ignored court orders to return home and face trial for over 9,000 crores that are owed by his collapsed Kingfisher Airlines to banks.

Mr Mallya, 61, flew to India in March last year as the cases against him piled up.  His passport was cancelled and he then resigned as a member of the Rajya Sabha ,where he was serving a second term.

Apart from defaulting on loan payments to banks, many of them state-owned, he has been accused of misusing the funds.

His financial dealings are being probed by the CBI and  the Enforcement Directorate, which investigates financial crimes like money-laundering. However, his extradition will be a lengthy process; he is entitled to seek relief from lower and higher courts and has the equivalent of a Green Card in the UK , which entitles him to live there.

Mr Mallya, who once branded himself the "King of Good Times" and was known for his extravagant lifestyle, was sacked in February from the board of United Breweries, the company through which he once controlled his business empire.
Comments
Vijay MallyaVijay Mallya arrestedVijay Mallya arrested in LondonVijay Mallya and Kingfisher