After Alleged Starvation Deaths In Jharkhand, Proposal For Foodgrain Banks

The Jharkhand government has been under fire in the wake of 58-year-old Savitri Devi's death due to starvation. 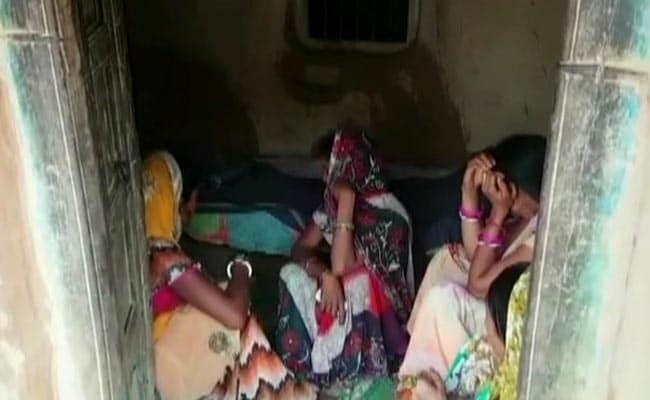 Two women in Jharkhand's died allegedly due to starvation. (File)

Jamshedpur: Facing criticism after the death of a woman in Giridih, allegedly due to starvation, the Jharkhand Food department today proposed that the state government set up a foodgrain bank of varied capacity at block and panchayat level.

Jharkhand Food, Public Distribution and Consumer Affair Minister, Saryu Roy, also said that his department had written to all the district administrations to conduct a post-mortem if any suspected case of starvation death was reported.

The minister said that the bank could be managed by his department, Rural Development or by Social Welfare department.

The Jharkhand government has been under fire in the wake of 58-year-old Savitri Devi's death, allegedly due to starvation in Mangargadi village of Giridih district. She was denied foodgrain at ration shop.

However an official probe report made public by the state government has said she was suffering from a disease and has ruled out starvation as the cause of her death.

Besides, the Giridih case, another suspected starvation death in Itkhori of Chatra district has been reported recently.

Mr Roy said the woman hailed from Barachatti of adjoining Bihar and came to Itkhori about a fortnight ago.

"However, a post-mortem was conducted on the directive of the district administration and we are awaiting the autopsy report to ascertain the cause of her death," he added.

The minister cited the probe report on the Giridih incident to trash the opposition attack and accused them of running a smear campaign against the government.

"Why didn't JMM MLA Jagannath Mahato, who was present at her funeral procession, ask for a post-mortem if she had died of starvation?" the minister said.

About JPCC President Ajoy Kumar's demand that he resign owning moral responsibility for the death of Savitri Devi, Mr Roy said Mr Kumar, who himself is a doctor, should have tried to find out the details before asking for the resignation.

"The demand is nothing but a conspiracy to target the government," he said.
Comments
JharkhandJharkhand deathsJharkhand starvation deaths