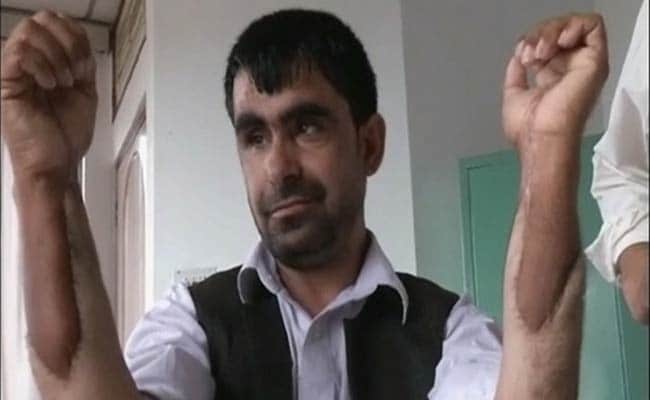 The transplant was carried out in a marathon surgical procedure lasting for almost 15 hours at Kochi's Amrita Institute of Medical Sciences and Research Centre.

Kochi: A 30-year-old Afghan military captain from Kandahar, who lost his hands while defusing mines in the war torn country, now has two Indian hands - thanks to a successful transplant carried out at an institute in Kochi.

Abdul Rahim lost both his hands during demining operations in Kandahar three years ago. His will be, perhaps, the first case of twin-hand transplant on any citizen in Afghanistan.

Abdul Rahim approached Amrita Institute of Medical Sciences four months ago, after scouting for hand transplant in several countries. The donor was a 54-year-old brain dead accident victim from Kerala.

The transplant was carried out in a marathon surgical procedure lasting for almost 15 hours with more than 20 surgeons and eight anaesthetists participating in it last month.

"Rahim has regained considerable amount of function of both his hands using them for day-to-day activities. He will need intensive physiotherapy for another 9 to 10 months, for which he will have to stay back in Kochi," said Subramania Iyer, Professor and Head of the Plastic Surgery department.

"Each hand required connecting two bones, two arteries, four veins and about 14 tendons. The immune suppressant drugs were started before the start of the surgery and continued after it," he said.

Prem Nair, Medical Director of Amrita Institute of Medical Sciences & Research Centre (AIMS) said that the family of the accident victim was counselled for the donation and they agreed after confirming that the hands will be replaced by prosthetic limbs to reduce deformity of the dead.

The hospital authorities claimed the second successful double hands transplant carried out at AIMS is yet another milestone in organ transplant in the country.

The first such transplant in the country was also done four months ago at the Kochi-based hospital and the recipient, 30-year-old Manu is progressing extremely well, doing all routine activities, they said.
Comments
Abdul RahimKochiKandaharAmrita Institute of Medical SciencesTwin hand TransplantAmrita Institue of Media Sciences and Research Centre