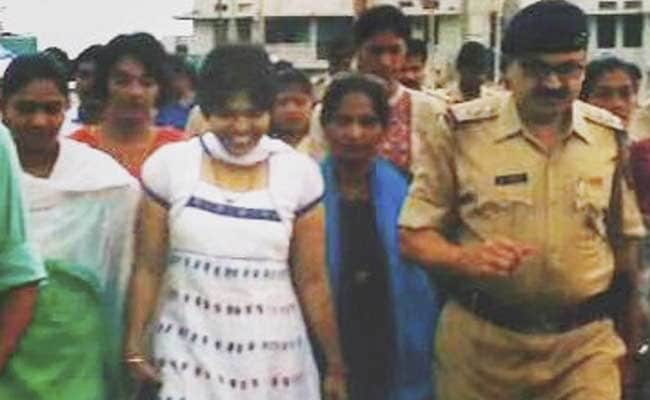 Trupti Desai had said that she would enter the dargah even if she has to face arrest.

Mumbai: At around 6 am on Thursday, activist Trupti Desai led a group of women into the Haji Ali dargah in Mumbai, where she was denied permission to enter two weeks ago. There was tight security and policemen followed her where she went.

Trupti Desai, 31, is leading a campaign against the ban on women entering many religious places all over the country and her efforts led to the 400-year-old custom being ended at Maharashtra's Shani Shingnapur temple in March this year.

Her last visit to the Haji Ali Dargah on April 28 had ended in an unruly scuffle with the police after locals objected to her attempt to enter the shrine. Ms Desai had alleged that people tried to break into her car and beat her up and blamed the police for not handling the situation well.

The dargah was closed to the public for a day after after the incident.

Ms Desai had said that she would enter the dargah even if she had to face arrest, after a local politician from the All India Majlis-e-Ittehadul Muslimeen (AIMIM) threatened to smear her face with ink if she tried to enter the sanctum sanctorum.

Shiv Sena leader Haji Arafat Shaikh had said Ms Desai would be hit with slippers if she tried to enter the dargah. After an outpouring of anger, the Sena had dissociated itself from Mr Shaikh's statement.

After her foiled attempt to enter the dargah on April 28, Ms Desai had said that she would seek the support of Chief Minister Devendra Fadnavis, who has supported equal rights for women at places of worship.
Comments
Trupti DesaiHaji Ali DargahBhumita brigadeMumbai Haji Ali