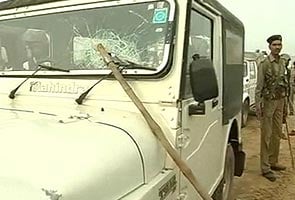 Ranchi: Protests against a controversial land acquisition near Ranchi, which is being opposed by jailed tribal activist and journalist Dayamani Barla, gathered scale today.

Tribals opposed to the acquisition of over 200 acres of farmland in Nagri village, about 15 kilometres from Ranchi, gathered at the site and began agitating.

They were enraged with yesterday's Jharkhand High Court verdict that the authorities speed up construction work at the site and use paramilitary forces to maintain order. The court also warned of contempt proceedings if its verdict was not implemented.

The land was acquired by the Jharkhand government for a proposed IIM and law college.

Ms Barla, who has been leading an agitation against the acquisition, is in jail over charges dating back to 2006.

Her supporters took to the streets in Ranchi yesterday to demand her release. Villagers in Nagri alleged Ms Barla was arrested to silence the agitation.