AAP Will Not Ally With Congress In 2019 Elections: Gopal Rai

He said his party aimed to end the dictatorship of the BJP, which created hurdles in the development work of the Delhi government and made the national capital suffer. 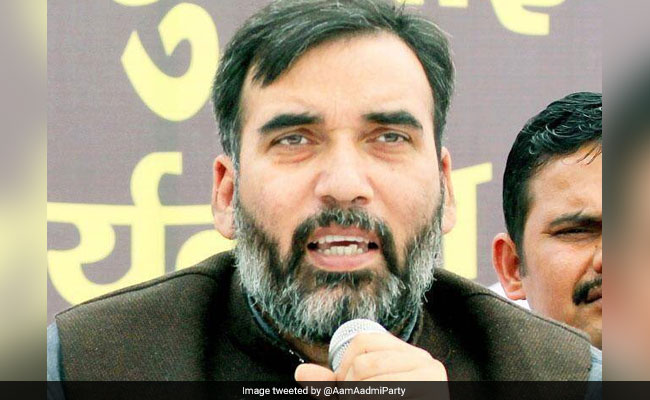 Gopal Rai also shrugged off accusations that the AAP had been playing caste politics. (File)

The Aam Aadmi Party (AAP) will not ally with the Congress in the 2019 Lok Sabha elections, Gopal Rai, a cabinet minister in the Delhi government, has said, adding that being a part of a post-poll Grand Alliance will depend on the manner in which the electorate votes.

"No," the Delhi State Convenor of the party snapped when asked during an interview with IANS whether there was any chance of an AAP-Congress alliance for the polls.

He said his party aimed to end the dictatorship of the BJP, which created hurdles in the development work of the Delhi government and made the national capital suffer.

"There is no 'Mahagathbandhan' (Grand Alliance) before the elections. There will be one post elections and being its part or not will depend totally on the situation. Our aim is very clear, we want the Modi government to go. We will do all we can to remove the BJP government," he said.

"We want an end to the dictatorship of the BJP. It has destroyed Delhi. Not helping us in our work is one thing. But they have created hurdles in our work. So, the favourable thing for Delhi will be that BJP should go."

The party will focus on Delhi, Haryana and Punjab during the 2019 elections.

"We will work hard on the seats where we have a winning trend."

The AAP is also focusing on the September 12 Delhi University Students' Union (DUSU) polls and towards this end, its Chhatra Yuva Sangharsh Samiti (CYSS) student's wing has joined hands with the left-wing All India Students' Association (AISA).

"AISA is a common students platform and it too fights against the hooliganism of ABVP. They harass not only students but teachers as well," Mr Rai, who had begun his career with the AISA, said.

"Our government has changed the face of school education in the city. A good atmosphere at university and colleges will have an impact on the city's atmosphere. We have ensured good education and environment of study for students till Class 12, but when they go to university, they get a negative environment. People also want a positive change in DU," the minister said.

He also shrugged off accusations that the AAP had been playing caste politics after its potential candidate for the Lok Sabha elections from East Delhi, Atishi, dropped her 'Marlena' surname as it apparently "sounded Christian".

The use of a surname, Mr Rai contended, is a "personal matter" and a political party cannot decide an individual's choice.

"Using (or not using) a surname is a personal matter. A political party cannot decide an individual's choice. The party is only responsible for political decisions and not personal ones," Mr Rai said.

The caste factor emerged after Ashutosh, one of the founding members who resigned from the party on August 15, accused it of forcefully using his surname.

"The party has not accepted the resignations of Ashutosh and Ashish Khetan (another of the old guard)," Mr Rai said, adding that the party cannot do anything if they want to move on.

He also said the party will welcome them if they change their minds and come back.