Dubbing the chief minister's move a "mere political drama", Aam Aadmi Party senior leader and Leader of Opposition Harpal Singh Cheema said his party will not be a part of the delegation headed by Amarinder Singh to meet the President. 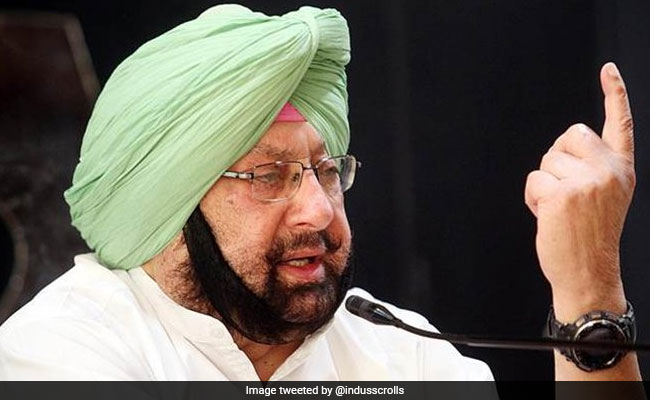 The Aam Admi Party on Saturday rejected Punjab Chief Minister Amarinder Singh's appeal to legislators of all parties to accompany him to meet President Ram Nath Kovind on November 4 to request him to give his assent to the state's amended farm laws.

Dubbing the chief minister's move a "mere political drama", Aam Aadmi Party senior leader and Leader of Opposition Harpal Singh Cheema said his party will not be a part of the delegation headed by Amarinder Singh to meet the President.

Mr Cheema said the three farm bills passed in the state assembly by "rushing" amendments to negate the "controversial" central laws were "meaningless", asserting that it would not help protect the farmers' interests.

He said there was no point in meeting the President as the Punjab governor has not yet signed the Bills.

He alleged that Amarinder Singh was trying to "fool" the people of Punjab, especially the farmers, by projecting himself as their champion.

AAP MLA said instead of meeting the President, if the Chief Minister leads a delegation of all parties, to meet Prime Minister Narendra Modi, the AAP would have gladly accepted the offer.

"Had Amarinder decided to stage a ''dharna'' outside the Prime Minister's residence to repeal the black laws, including the Air Pollution Ordinance, the AAP would have extended its full support to him," he said in a statement.

Amarinder Singh was a "mere puppet" in the hands of Prime Minister Narendra Modi, which was why he had not so far met either the prime minister or the Union agriculture minister, he alleged.

Amarinder Singh had appealed to all the MLAs to "stand up and be counted" and rise above party lines in safeguarding the state's interests which are being "trampled upon" by the Union government.

The Punjab Assembly this month had adopted a resolution rejecting the Centre's new farm laws and passed four bills to counter the contentious legislation enacted by Parliament.