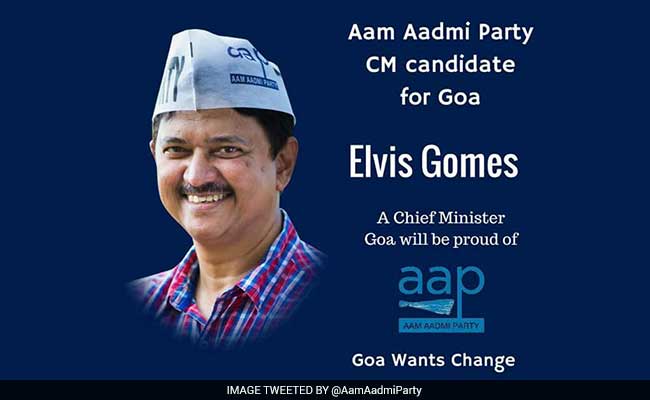 Panjim, Goa: The Aam Aadmi Party has announced that former bureaucrat Elvis Gomes will be its Chief Ministerial candidate in Goa, where assembly elections will be held next year. After Delhi, this is the second place where Arvind Kejriwal's Party has taken the plunge in assembly polls.

The announcement was made at a rally in South Goa's Cuncolim this evening by Mr Kejriwal - the Delhi Chief Minister and national convenor of the party.

Mr Gomes, 53 -- the Inspector General (Prisons) and part of the Urban Development department - had taken voluntary retirement from his government job this July and joined AAP.

Currently, he is also the elected president of the Goa Football Association, which he had helped found. His work as IG Prisons has earned all-round praise for the reforms he carried out.

Among AAP's promises for Goa is a closure of casinos that draw as many tourists as the famed beaches of Goa. Mr Kejriwal has said the Congress and the BJP have been unable to shut the casinos as their leaders are engaged in the business.

Promoted
Listen to the latest songs, only on JioSaavn.com
He has also said the Congress will not win a single seat in Goa, drawing a stinging rebuke from the party that spoke of his "artificial love" for Goa.

The Congress has lost Goa to the BJP in 2012 - winning only nine of the state's 40 seats. The rest went to the BJP.