AAP MP Sanjay Singh said PM Modi would be told not to do 'char sau bisi' (cheating) with the Indian Army and it will also appeal the government "to not cry for money to protect the country." 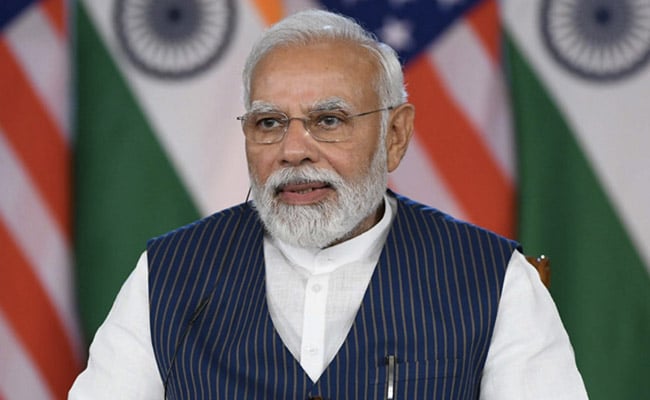 Sanjay Singh said AAP will begin protest against Agnipath scheme across UP on Sunday. (File)

Taking a jibe at PM Modi, Mr Singh said he would be told not to do 'char sau bisi (420)' (cheating) with the Indian Army and it will also appeal the government "to not cry for money to protect the country."

Hitting out at the ruling Bharatiya Janata Party (BJP), Mr Singh announced that the AAP will begin protest against the Agnipath scheme across the state on Sunday. The party will hold agitation against the government "misguiding" the people by claiming "lack of money for the security of the borders."

Speaking to reporters at the AAP's state office in Lucknow, Mr Singh said the party has decided that on Sunday, members of the youth and student wings will urge people to donate against the policies of the Modi government across Uttar Pradesh and will register its symbolic protest by sending Rs 420 to the Modi government through cheques and demand drafts.

Referring to the Enforcement Directorate (ED) raids against some Opposition leaders, the AAP leader alleged that the probe agency has become a puppet of the BJP.

He claimed that the most important role in toppling the entire Maharashtra government was played by the ED along with the "kidnapping gang" of BJP.

The AAP MP also raised questions on the role of Rashtriya Swayamsevak Sangh (RSS) and its affiliated organization Rashtriya Muslim Manch in the killing of Kanhaiya Lal, a tailor in Udaipur.

Earlier this week, Kanhaiya Lal was hacked to death by two men who posted videos online claiming they were avenging an insult to Islam.