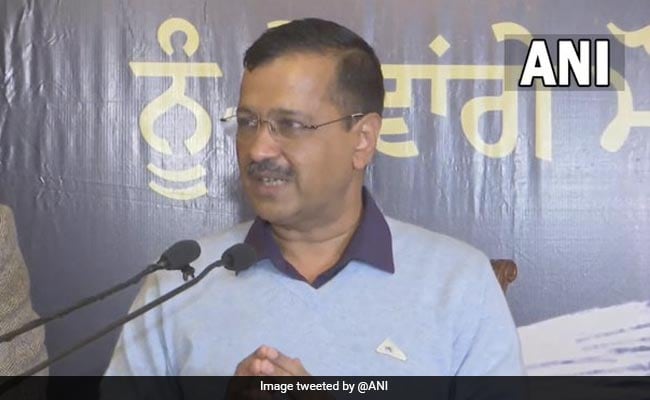 Aam Aadmi Party (AAP) chief Arvind Kejriwal on Saturday said that a law should be made against religious conversions but nobody should be wrongly harassed.

Stating that religion is a private matter, Mr Kejriwal while addressing a public gathering in Jalandhar said, "A law should definitely be made against religious conversions but nobody should be wrongly harassed through this. Conversions done by scaring them is wrong."

The AAP national convener also said that everybody has a right to worship as per their choice.

Mr Kejriwal also promised that if voted to power the AAP government would begin doorstep delivery service and Mohalla clinics.

"We will make 16000 clinics and renovate hospitals in Punjab," promised AAP national convener.

"Like Delhi, Punjab too will get all the benefits," the Delhi chief minister said.

He also announced that no new tax will be imposed in Punjab after the AAP comes to power.

Punjab will vote on February 20 while the counting of votes is set to take place on March 10.