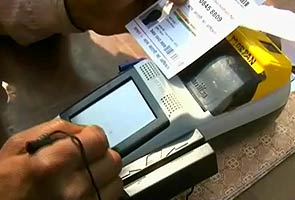 New Delhi: The Centre will ask the Supreme Court to make the Aadhar or the Unique Identity Card mandatory for social welfare schemes heavily subsidized by the government.

This comes after the top court on Monday ruled that the Centre or states must not insist on Aadhar cards for providing essential services. "No citizen should suffer for the want of Aadhar cards", the court had said on a petition questioning the validity of the Unique Identity Card scheme.

The Supreme Court also rejected the Centre's argument that Rs 50,000 crore had been spent in issuing these cards to citizens.

A rattled Centre has decided to ask the court to modify its order, which deals a severe blow to the Manmohan Singh government's plans to reach out to the masses with ambitious schemes like food security and direct cash transfer ahead of national polls due in May.

The government is likely to say that while it won't consider the Aadhar card mandatory for services like gas connections or registering of marriages, it should be used as an identity for welfare schemes that involve subsidy.

Promoted
Listen to the latest songs, only on JioSaavn.com
The government says the Aadhar card was a "voluntary project" to include and benefit marginalized sections of the society that had no formal identity proof. The court, however, said these cards must not be issued to illegal migrants.

The petitioner in this case had complained that the government claimed the Aadhar card is voluntary, but citizens were being told it was mandatory for certain purposes like registration of marriages.