9 Booked Over Shooting Of TV Journalist In His Ghaziabad Residence

Around 57 unidentified persons have also been booked under relevant sections of IPC in the case, SSP Vaibhav Krishna said. 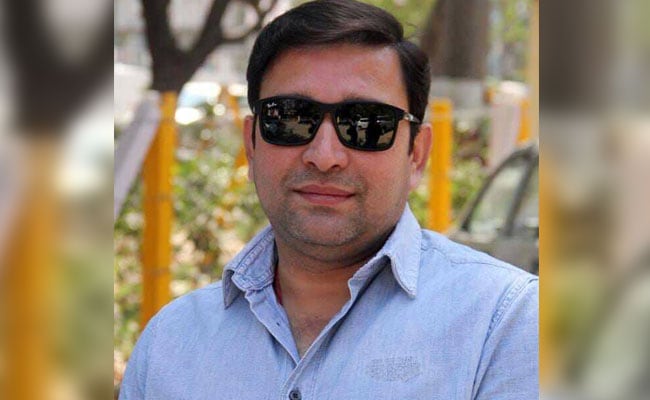 Anuj Chaudhary who is a journalist with Sahara Samay, a Hindi news channel.

Ghaziabad, Uttar Pradesh: A day after a television journalist was shot at by two bike-borne men, the police today booked nine persons and 57 other unidentified persons over their alleged involvement in the incident.

Around 57 unidentified persons have also been booked under relevant sections of IPC in the case, he said.

The police officer said eight police teams have been formed to trace the accused.

Mr Deepak also accused the Kavi Nagar police of not paying heed to the journalist's earlier complaint that a man lodged in Dasna jail had hired contract killers to eliminate him.

Meanwhile, local journalists staged a protest and demanded action against the Kavi Nagar SHO for showing laxity in the case by not acting upon the scribe's complaint.

They also handed over a memorandum to District Magistrate Ritu Maheswari and Senior Superintendent of Police Vaibhav Krishna in this regard.

Two bike-borne men had barged into the residence of TV journalist Anuj Chaudhary yesterday and shot him in the stomach and right hand following which he was rushed to a hospital.

Promoted
Listen to the latest songs, only on JioSaavn.com
Anuj Chaudhary who is a journalist with Sahara Samay, a Hindi news channel, is the husband of a BSP councillor.

The police is looking at past enmity as the motive behind the crime.

Borders Of Northeastern States To Be Demarcated Through Satellite Imaging