9,000 From Assam Apply For Duplicate Admit Card To Bengal School Board

The applicants were residing in Tripura before 1973. Since there was no secondary school education board in the north-eastern state at that time, the schools there were affiliated to the Bengal school board. 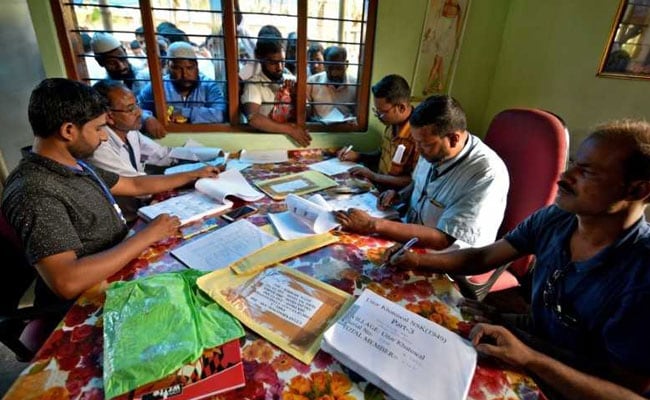 Around 9,000 residents of Assam, reportedly excluded from the complete draft of the NRC, have applied to the West Bengal Board of Secondary Education (WBBSE) for issuing duplicate admit cards of higher secondary examinations held before 1973 to them, a senior board official said Wednesday.

WBBSE president Kalyanmoy Ganguly said the board had issued and despatched admit cards to 6,000 applicants, who actually hailed from Tripura and later migrated to Assam. They had passed the higher secondary examination under the West Bengal board before 1973.

"We are in the process of screening the remaining applications on a war footing," Mr Ganguly told PTI.

The applicants were residing in Tripura before 1973. Since there was no secondary school education board in the north-eastern state at that time, the schools there were affiliated to the WBBSE, Mr Ganguly said.

The admit card of the board examination is considered an important document as the date of birth of the candidate is mentioned in it.

Refusing to comment on whether the applications for issuance of duplicate admit cards were linked to the exclusion of the names of lakhs of Bengalis from the complete draft of the National Register of Citizens (NRC) in Assam, Mr Ganguly said, "Those who have applied for the duplicate admit cards may have lost the original documents."

The applications for the duplicate admit cards were forwarded to the WBBSE by the state Education Department since July, he said.

The publication of the complete draft of the NRC in Assam on July 30 had triggered a controversy after over 40 lakh names were found to have been excluded from it.

Applied For Licence In US, Says Bharat Biotech's American Partner