According to an official, eight employees, of various ranks, have been terminated on charges of corruption and misconduct under Article 226(2) of the J&K Civil Service Regulations. 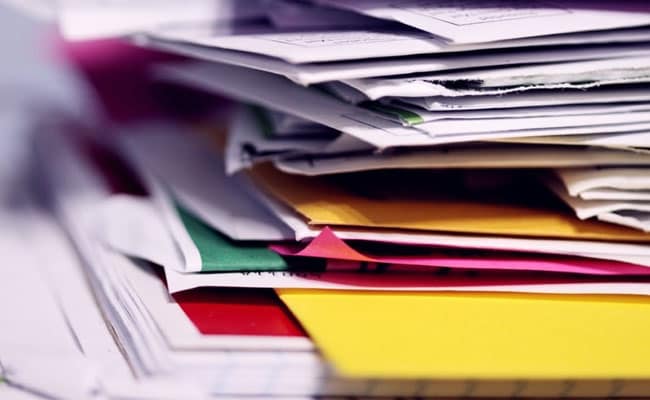 The Jammu and Kashmir government on Thursday sacked eight employees in a major crackdown on corruption and misconduct.

"In line with our zero-tolerance for corruption policy, we are weeding out corrupt officials after thorough inquiries," a senior official in the J&K administration told NDTV.

According to the official, eight employees, of various ranks, have been terminated on charges of corruption and misconduct under Article 226(2) of the J&K Civil Service Regulations.

The rules say that the government, in the public interest, may retire an employee after he completes 22 years in qualifying service or attains 48 years of age.

As per the administration, Ravinder Kumar Bhat, Mission Director of Rashtriya Uchchatar Shiksha Abhiyan indulged in corruption while he was posted in different departments.

"Earlier, the vigilance department had registered a case against him in 2015. Now it is being probed by Anti-Corruption Bureau (ACB)," explained a senior bureaucrat.

According to him, Bhat, who was serving as Assistant Commissioner, Revenue in Budgam, was involved in the irregular transfer of state land under the Roshni Scheme and arbitrarily fixed the price of land lower than the prevailing market rate of the area and also incorrect application of rates, and the unauthorized change of classification of land from residential to agriculture among other cases.

"The officer, while acting in league with the beneficiaries, inflicted huge monetary losses to the government. The sanction for prosecution was accorded against the officer in October 2019," he added.

As per government records, the officer was also involved in another case of corruption when he was posted as a Director of the Rural Development Department.

"He has allegedly made huge procurement without following the tender processes. A joint surprise check by the Anti-Corruption Bureau had revealed his malpractices," further states the official.

"The officer is also involved in cases related to the embezzlement/ misappropriation which inter-alia casts doubt on the functioning of the officer and his abilities with regard to dealing of financial responsibilities," sources further added.

As per the government order, another officer - dismissed on charges of corruption and misconduct - is Mohammad Qasim Wani, JKAS, Regional Director, Survey and Land Records, Srinagar.

An FIR under the prevention of corruption act was filed against Wani. The sanction for prosecution was accorded by the government in 2020 and a charge sheet has been filed against him by the ACB before a trial court.

"Wani had purchased huge properties in the name of his wife. He has made fortune by misusing his official position, clearly indicating his doubtful integrity," government sources confirmed.

"Apart from these assets, he had raised various other properties in the name of his wife and other family members and also owns several vehicles including commercial vehicles."

Another dismissed employee, Mohd Mujib Ur Rehman Ghassi, JKAS, is currently under suspension. Ghassi during his tenure in the Cooperative department had facilitated a loan amount of Rs 223 Crore in favor of a non-existent Cooperative society.

Sources said the government has also expedited the identification of officials facing corruption charges and wrongdoings.