Ushoshi Sengupta said she was returning home along with a colleague in the cab, which was hit by a few bike-borne men who dragged the driver out and roughed him up. 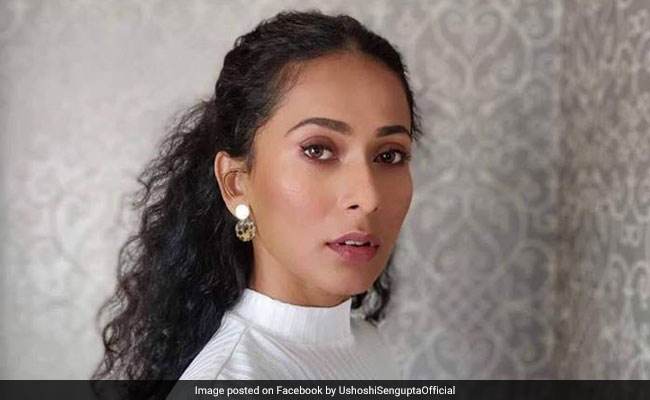 A city court Friday granted bail to seven men who were accused of harassing a model, a former Miss India, in the heart of the metropolis.

Public prosecutor Partha Sarathi Mukherjee opposed their bail prayer submitting before the court that investigation was on to identify and arrest other accused persons in the case.

Seeking further police custody of the arrested persons, he said their interrogation was necessary to arrest the other accused and to seize the vehicles used in their act.

He said two two-wheelers which the accused were riding during the incident have so far been seized.

His prayer was, however, not granted and the court ordered bail to the accused persons.

Ushoshi Sengupta, who was crowned Miss India in 2010 and is a model and actor, was harassed by a group of motorcycle-borne men on Monday night when she was returning home from work in a cab with a colleague.

The seven arrested persons and some other accused were charged with molestation and other offences.

Ms Sengupta said she was returning home along with a colleague in the cab, which was hit by a few bike-borne men who dragged the driver out and roughed him up.

She said the men followed her cab to Lake Gardens area in south Kolkata, where she resides, and smashed the windscreen of the vehicle and tried to force her to delete a video she had recorded of the earlier incident.

The model claimed that she had sought help from officers of Maidan police station in the heart of the city when the first incident happened and later went to Charu Market police station in south Kolkata after the second attack by the men near her residence.

On both occasions, she was allegedly told that the incident did not happen in their jurisdiction.

The complaint was finally taken at Charu Market after much persuasion, she had claimed in a social media post on Tuesday.

Following a hue and cry in social media, senior officers of Kolkata Police got in touch with Ms Sengupta and assured her of all assistance.

Seven men were arrested on Tuesday and the court had sent them to police custody till June 21.

While an official at Charu Market police station was suspended, one each of Bhowanipore and Maidan police stations were showcaused for their alleged refusal to take action against the rowdies and dilly-dallying in registering the case.