Gujarat, having a total of 182 Assembly seats, had registered 68.41 per cent voting in the 2017 Assembly elections. 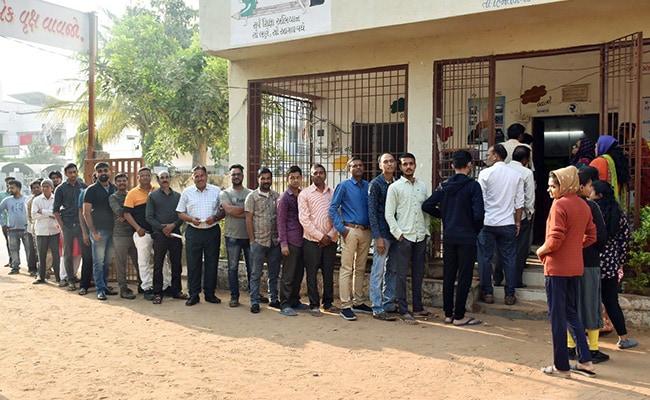 A voter turnout of 65.2% was recorded in the 2nd and final phase of the Gujarat elections

A voter turnout of 65.22 per cent was recorded in the second and final phase of the Gujarat Assembly elections in 93 seats, as per the latest data shared by the Election Commission on Tuesday.

In 2017, these constituencies had registered 69.99 per cent turnout.

The voting on Monday covered the 93 seats spread across 14 districts of north and central regions of Gujarat.

The first phase of elections held on December 1 covered 89 Assembly seats and recorded 63.31 per cent polling.

Gujarat, having a total of 182 Assembly seats, had registered 68.41 per cent voting in the 2017 Assembly elections.

In the second phase of polls on Monday, Ahmedabad district, which has 21 seats, registered the lowest voter turnout of 59.10 per cent, while Banaskantha was on top at 72.49 per cent, as per the latest EC data.

A total of 87 ballot units, 88 control units and 282 voter verifiable paper audit trails (VVPATs) were replaced during the second phase of voting, which took place between 8 am and 5 pm on Monday across 14,975 polling stations in 14 districts, according to an official release.

The electoral fate of Gujarat Chief Minister Bhupendra Patel of the Bharatiya Janata Party (BJP) and 832 other candidates, including 285 independents, was decided in the second phase of polls held on Monday.