Policemen in Kashmir's Anantnag pay respects to those officials who lost their life in terror ambush.

Srinagar: A police contingent on patrol in south Kashmir's Anantnag district was ambushed by a heavily-armed group of terrorists on Friday evening. Six policemen were killed in the attack that took place in Achabal and their faces disfigured by spraying bullets at them.

Among the six was a Station House Officer, or a police officer in-charge of the local station, Sub Inspector Feroz Ahmad Dar.

The police team, taken by surprise at the deadly ambush by the terrorists who had positioned them at vantage positions, still tried to fight back. Once the ambush was over, the terrorists got into the police vehicle and sprayed bullets at them from point-blank range. A police officer said they appeared to have targetted their faces.

The attackers then made off with their weapons.

Pakistan-based terror group Lashkar-e-Taiba has claimed responsibility for the attack, which is being seen as retaliation to an encounter that took place earlier on Friday at Anantnag's Arwani, where Lashkar's Junaid Mattoo, was trapped in a building and is believed to have been killed. Mattoo is involved in several attacks on security forces in south Kashmir. His body was recovered from a building near the encounter area in Anantnag. 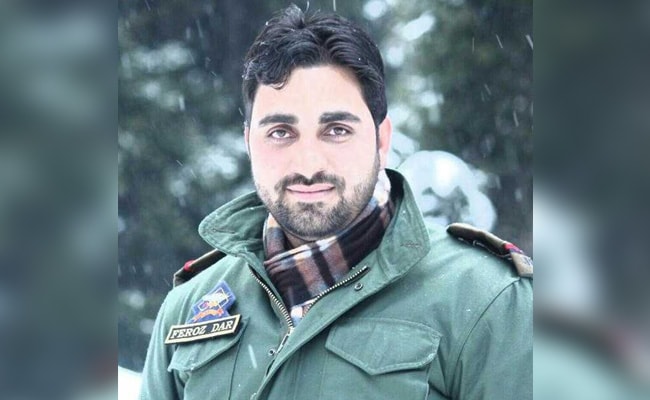 SHO Feroz Ahmad Dar and five others were killed by terrorists in Anantnag.

Two civilians, one of them a teenager, were killed after security forces opened fire at a crowd marching towards the encounter site. Police said crowd threw stones and tried to break the security cordon in an attempt to help the terrorists flee.

After the incident, clashes broke out between protesters and security forces at nearly a dozen places in the Valley, including downtown Srinagar, Tral, Pampore, Pulwama town and Anantnag in south Kashmir, Hajin in Bandipora and Sopore in Baramulla in north Kashmir.

Yesterday, a policeman, identified as Shabir Ahmad Dar, was shot near his house in Boguld village. He was taken to the district hospital, where he died, a police officer said. One more policeman  was killed and another injured when an area domination party of police was attacked at Hyderpora in Srinagar airport road last yesterday evening.
Comments
KashmirTerror Attack