7 Men Went Around UP Crematoriums To Steal Clothes From Bodies, Arrested

The accused used to steal the shroud used to cover the dead, their clothes, sarees, among other things, said police. 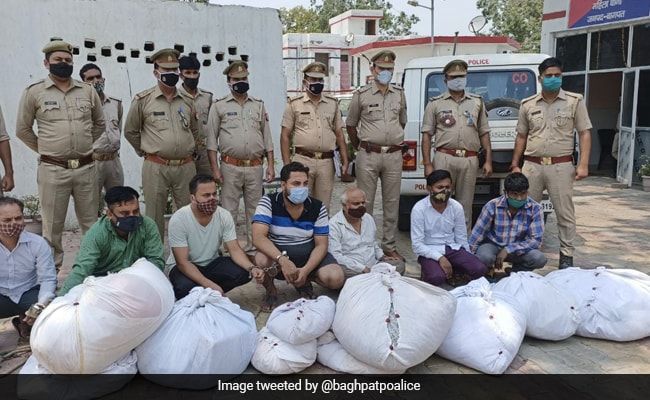 Putting the articles to a good wash, ironing them, they would sell it again, said police

Seven people have been arrested in Baghpat in western Uttar Pradesh for stealing clothes of the dead from crematoria and burial grounds, said police on Sunday. The arrests come at a time when social media and the national dailies have been cataloguing an ever growing number of dead bodies amid a deepening coronavirus crisis in the country.

The accused used to steal the shroud used to cover the dead, their clothes, sarees, among other things, said police.

"Seven people have been arrested. During interrogation it was revealed that they used to steal bedsheets, sarees, clothes of the dead. Among the items recovered are: 520 bedsheets, 127 kurtas, 52 white sarees and other articles of clothing," Circle Officer Alok Singh told a posse of reporters.

Putting the articles to a good wash and post ironing them, the men would again sell it using a Gwalior company's label, said the officer.

The police also found that some clothing merchants from the area had cut a deal with these men and paid them Rs 300 for a day's loot, he said.

"Of the seven arrested three are from the same family. These people have been stealing for last 10 years. Since, they have been arrested during coronavirus crisis, other than stealing they will also be charged under the Epidemic Act," said Mr Singh.

Earlier on Sunday, the Uttar Pradesh government further extended the statewide curfew till May 17 to cut the chain of transmission.