According to the woman's son, their relatives reportedly burnt her with coals and disrobed her before beating her to death

Kanya Devi Raigar was branded a witch and severely tortured before being beaten to death.

Ajmer: Five people, including two teenage girls, of a family have been arrested for allegedly killing a 40-year-old woman in Rajasthan's Ajmer district. The woman, a widow, was allegedly made to eat faeces, tortured and beaten to death by her relatives, who accused her of being a witch, the police said.

The incident reportedly happened on August 2, but it came to light yesterday after an FIR was registered by the victim's brother. The woman's 15-year-old son is the only eyewitness in the case. 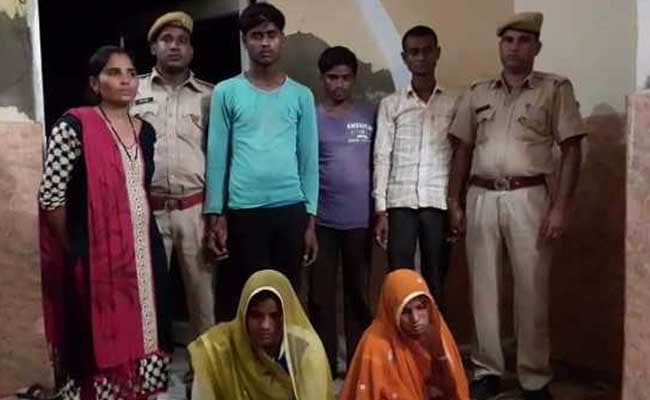 Five people, including two teenage girls, have been arrested for allegedly killing the woman.

According to the boy, after his father died last month, their relatives began to harass his mother. They reportedly attacked her, branded her a witch, burnt her with coals, and even disrobed her. After her alleged killing, they cremated her in a hurry, which the police said has led to destruction of crucial evidence.

"Kanya Devi Raigar was branded a witch and severely tortured before being beaten to death. She was also made to eat faeces by her relatives," Superintendent of Police (SP) of Ajmer, Rajendra Singh, said.

Promoted
Listen to the latest songs, only on JioSaavn.com
There have been claims that the relatives also gouged out her eyes with a hot rod, but Mr Singh said since they didn't get her body and no post mortem was conducted it was difficult to ascertain these claims.

"Thorough interrogation of the accused will reveal what transpired that day," he said.