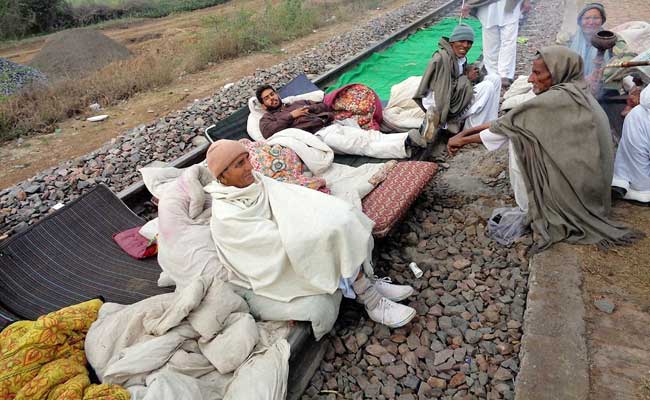 Services were affected on Rohtak-Delhi section's Sapala-Karaward stations and four trains were cancelled due to the ongoing Jat agitation. (Press Trust of India file photo)

Jaipur: Northern Western Railway today cancelled four trains and partially cancelled two others as it diverted another 10 on Rohtak-Delhi section, in the wake of the ongoing protest by Jat community seeking reservation in government jobs and educational institutes.

Hisar-Gorakhpur Express, and Gorakhpur-Hisar Express trains have been partially cancelled, and passengers have been advised to follow railway inquiry.