A Central investigating team has, however, ruled out any linkage between these deaths and the vaccination process. 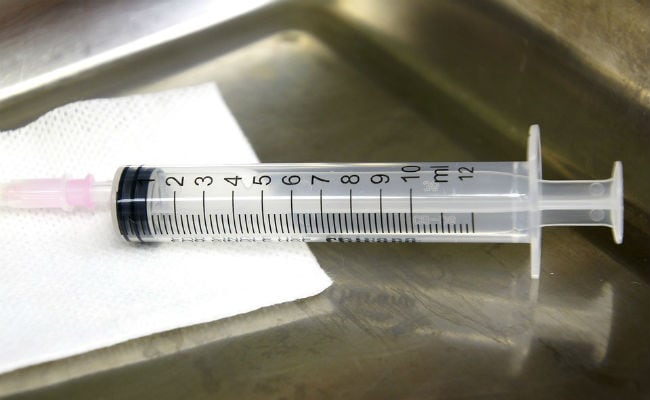 Gujarat health officials on Saturday said they have received reports about four children dying after they were given measles rubella vaccination.

A Central investigating team has, however, ruled out any linkage between these deaths and the vaccination process.

Deputy Commissioner, immunization, Ministry of Health & Family Welfare, said: "As per preliminary investigation, we don't see the cause of death to be vaccination. Two of the children showed signs of acute abdominal problems, one child of viral encephalitis and one of some kind of drug reaction. A definite cause of death would be known after the post-mortem reports."

While parents of two of the victim children agreed to undergo the post-mortem of their children, the parents of the other two refused. The cases of these deaths were reported after the victims underwent the vaccination carried out by the state government under a drive to eradicate measles and rubella in the nation.

The drive began from July 16.

After the reports of four deaths, a Central team comprising health officials from the Ministry of Health and Family Welfare arrived in the state. The team is led by Dr Haldar.

The other officials are the Assistant Commissioner Arti Garg, Dr Deepak Polpagare, the national team head of the Adverse Event Following Immunization (AEFI) and Dr Sugandha Arya, a pediatrician and the national AEFI member.

"The deaths of four children were recorded between 30 to 115 hours after the vaccination. If there was any anomaly, they would have been affected within an hour. Because of this, children are kept under observation for 30 to 45 minutes post vaccination," Dr Haldar said.

He added post vaccination, 14 other deaths too were reported in 21 of the states where the vaccination drive was carried out. All of those deaths were due to other medical conditions and none of them due to the measles rubella vaccines.

Dr Haldar said the vaccination was approved by World Health Organization (WHO).

The MR vaccination project was initiated on February 7, 2017 and it would be over by April 2019. The vaccination has been completed in 17 states. It is continuing in four states -- Gujarat, Haryana, Punjab and Andaman & Nicobar Islands.

Against the target of vaccinating 41 crore children across the nation, 9.62 crore are already covered.

"Legality To Be Checked": Union Minister On Aurangabad Name Change