The victims were dragged out of their homes by a mob of about 10 villagers between 1 am and 3 am today who were armed with sticks. 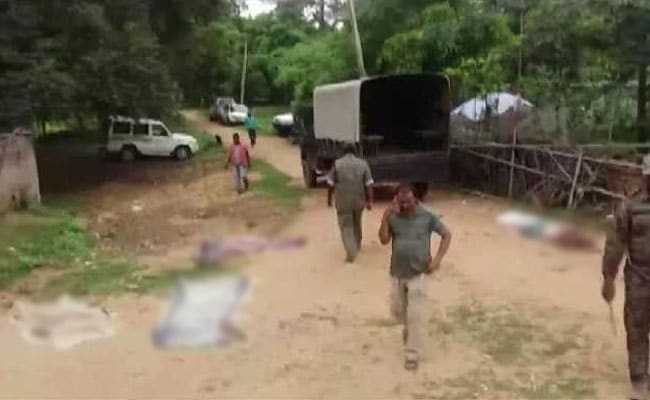 The bodies of the victims have been sent for postmortem.

Ten people have been detained today in connection with the deaths of two men and women in Gumla district of Jharkhand yesterday. The two men and two women - identified as identified as Suna Oraon, 65, Champa Oraon, 79, Fagni Oraine, 60 and Piro Oraine, 74 - were beaten to death after being accused of witchcraft in a state in which many have been thrashed and killed over such allegations.

"Over 10 villagers have been taken into custody since Sunday for interrogation. Locals used to visit the deceased, who were suspected of performing witchcraft    , with the belief they could cure diseases," Police Superintendent Anjani Kumar Jha was quoted by news agency PTI.

The senior police officer also ruled out land disputes as a possible motive. Arguments over land ownership are one reason why people in rural areas are accused of witchcraft.

The victims were dragged out of their homes by a mob of about 10 villagers, between 1 am and 3 am on Sunday, armed with sticks. The mob proceeded to lock them up in one of the houses and thrash them on suspicion of being witches and practicing black magic. According to some reports, their throats were also slit.

It would be two hours before an alert was raised - by Damodar Singh, a social worker - and another hour before Sisai Police Station-in-charge Sudhir Prasad reached the scene. By that time the mob had dispersed and fled.

The bodies of the victims have been sent for postmortem. An investigation is underway.

The attack comes less than a month after a mother and daughter were similarly accused in Rowaoli village in the state's West Singhbhum district - a Maoist-affected area.

In January, a Jharkhand court sentenced nine members of a family to life in prison for the 2013 murder of Lalmuni Devi, who was accused of witchcraft and beaten to death.

Mob-related deaths after allegations of witchcraft are also common in other Indian states.

In January, six men were arrested in Sundargarh district in Odisha on suspicion of killing a woman accused of witchcraft and her four children. In December, an elderly tribal man from Tripura was hacked to death over similar allegations.

Most states have laws but experts say implementation is a problem. Jharkhand, for example, has had an anti-witchcraft law since 2001, under which those convicted can face up to nine years in jail.