271 Charged In UP For Promoting Christian Conversions, Vilifying Hinduism

The case was registered on the orders of a court here on a plea by a Hindu Jagran Manch (HJM) worker. 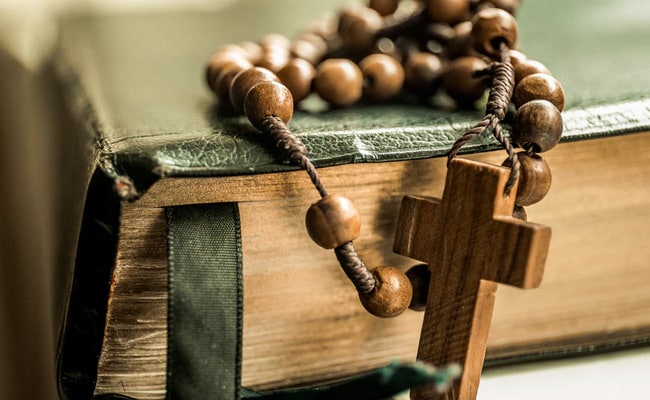 The police have filed case against 271 persons in Jaunpur on charges of promoting conversion to the Christianity by spreading misinformation about Hinduism, the police said Thursday.

A First Information Report was lodged at Chandwak police station in the district.

"The FIR was lodged on Wednesday against a total of 271 persons for various penal offences like cheating, defiling places of worship and prejudicing national integration," said Additional Superintendent of Police Anil Kumar Pandey.

The officer identified Jaunpur natives Durga Prasad Yadav, Kirit Rai and Jitendra Ramone as those named in the FIR.

The case was registered on the orders of a court here on a plea by a Hindu Jagran Manch (HJM) worker.

The complainant's advocate Brijesh Singh alleged the accused had been convincing people from Jaunpur, Varanasi, Azamgarh and Ghazipur districts for the last few years to visit a church in Baldeh village and attend the prayers there.

They used to spread various misinformation about Hinduism and convince them to embrace Christianity, Mr Singh alleged.

The accused also used to give prohibited medicines and drugs to the visitors and make them convert to Christianity under its influence, Mr Singh alleged.

Mr Singh had moved the court on August 2, seeking its direction to the police for lodging the FIR in the matter. The court allowed the plea on August 31 and asked police to lodge an FIR and investigate the matter.