"Not As Happy As I Should Be": Novelist Jayashree Goswami Mahanta on Sahitya Akademi Award

"Young people have lost their lives for a cause and for their homeland and I have decided to pay my tribute to them by distributing the prize money among their families," Jayashree Goswami Mahanta said. 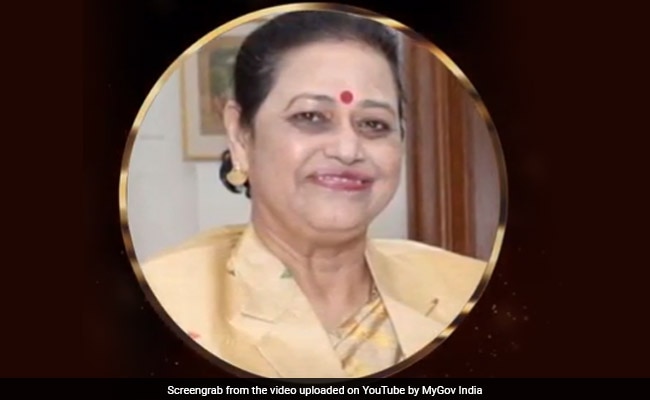 Novelist and former AGP Rajya Sabha member Jayashree Goswami Mahanta on Wednesday said "I am not as happy as I should be" with the news of winning the Sahitya Akademi award and promised to distribute the prize money among the families of those killed during anti-citizenship law protests in Assam.

In a dig at the AGP for supporting the Citizenship Amendment Act (CAA), she said she is deeply hurt at the betrayal by "those elected by the people" as the law is not acceptable to the people of Assam.

"I received the news of being given the award but I am not as happy as I should be on hearing it due to the prevailing troubled situation in the state," Ms Mahanta, wife of former Assam chief minister and senior AGP leader Prafulla Kumar Mahanta, told PTI.

Ms Mahanta was chosen for the Sahitya Akademi award for her novel "Chanakya". Twenty-two other writers and poets will receive the award, which comprises an engraved copper plate and Rs 1 lakh cash prize, on February 25, 2020 in Delhi.

"Young people have lost their lives for a cause and for their homeland and I have decided to pay my tribute to them by distributing the prize money among their families," Ms Mahanta said.

"I am deeply distressed and hurt at the betrayal by those elected to Parliament from the state and to the assembly on the CAA issue as it is not acceptable to the people of Assam," she said.

"I have decided to take this step to pay my humble tribute to them and will be grateful to the families if they accept it. This my humble way of honouring them," she added.

Her husband, who is the founder president of the AGP, has been vocal in his criticism against the party leadership for not opposing the Act in public and its lone Rajya Sabha MP Birendra Prasad Baishya for voting in its favour.

Ms Mahanta has to her credit several books including "Dronacharya", "Sreshta Bideshi Galpo", "Ekuki Dhemali Sadhu" and some volumes on Assam agitation.

She was awarded the Padma Shri in 2018 and was Rajya Sabha member for a single term from 1999.