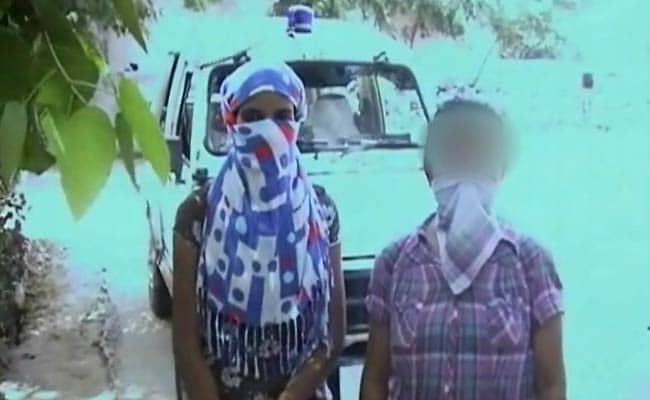 Gurgaon: They escaped the April earthquake in their country Nepal but found hell in the sprawling home of a Saudi Arabian diplomat in Gurgaon near Delhi.

Two women rescued on Monday from the diplomat's fifth floor apartment in a high-rise have given the police a disturbing account of gang-rape, torture and enslavement.

No one has been named in the First Information Report (FIR), but sources say the diplomat is in focus because of the women's statement, and the police are waiting for a signal from the foreign ministry before taking the next step. The women are being flown back to Nepal after their statement before a magistrate.

"We have asked the police for a detailed report... The Saudi Embassy is in touch with us," Foreign Ministry officials told NDTV.

The two women had been working with the family as helps for four months. The torture allegedly began in Jeddah and continued in Gurgaon. The women were allegedly raped and tortured by different men who visited the house.

"They raped us, kept us locked up, did not give us anything to eat," one of the women told NDTV.

One of them, a 50-year-old from Morang in Nepal, had divorced recently. The other woman, 30, has two little children in Nepal's Baglung, and a husband who has cancer.

They both took the job in desperation but were never paid.

They said they were afraid to tell anyone because they were beaten and threatened, sometimes with a knife.

The horror in that household was exposed when a newly hired help ran away after seeing the wretched condition of the women. She contacted a non-profit - Meitei India - which went to the police.

Some 40 policemen arrived at the apartment on Monday and saw two Saudi women beating up the Nepalese women. On seeing the police team, the Saudi women lunged at them and allegedly spat on them.

Diplomatic immunity may complicate investigations into the case, say sources.