West Bengal Chief Minister Mamata Banerjee, not known to mince words, has said not a word on the instant triple talaq issue. 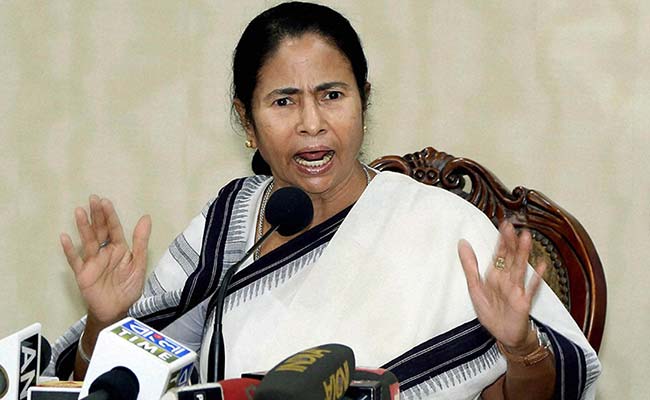 Ishrat Jahan, who has been attacked by Trinamool leaders, wants them to be arrested for abusing her

KOLKATA: The Trinamool Congress has held its silence for a week now on the landmark Supreme Court judgment ruling instant triple talaq illegal. But now, two senior party leaders have publicly abused 31-year-old Ishrat Jahan, one of five petitioners in the case and forced the Trinamool to act.

Late last night, after she was told about it, Chief Minister Mamata Banerjee ordered her party leaders to show cause Lok Sabha member Idris Ali and minister Siddiqullah Chowdhury for their comments on Ishrat Jahan and the judgment. The two will have to explain why the party should not take action against them for their comments.

Lawmaker Idris Ali was reported to have abused Ishrat Jahan in crudest terms. At a seminar that the Bengal minister had organised to discuss triple talaq, Mr Chowdhury on Monday called her objection to triple talaq un-Islamic, and the court verdict, unconstitutional. A woman in the audience, who claimed to be Ishrat Jahan's relative, also ran her down as someone who always created trouble in the family.

Ishrat Jahan was shocked and outraged at the abuse. "I want Mamata Banerjee to take action against her party leaders who are attacking me in the ugliest possible way," she said.

Her lawyer, Nazia Elahi Khan, who has also been a victim of social media abuse because she took Ishrat Jahan's case to Supreme Court, said, "The show cause is not good enough. The two Trinamool leaders should be arrested. We are going to Supreme Court in the matter. "

Mamata Banerjee, not known to mince words, has personally said not a word on the instant triple talaq issue. Her silence coupled with her minister Siddiqullah Chowdhury's outbursts had set many questioning whether the two were playing good cop, bad cop.

The BJP has frequently accused her of minority appeasement.

Promoted
Listen to the latest songs, only on JioSaavn.com
Last week, two days after the SC judgment, Ishrat Jahan wrote to the Chief Minister demanding protection. She said she was feeling threatened ever since the court order because her in-laws and neighbours were calling her a "gandi aurut" (bad woman) for challenging Islamic laws and going to the court and police and media to talk about the issue.

It is not clear yet whether the Chief Minister responded to that letter.

"Wasted 22 Years In Congress...": Assam's Himanta Sarma On BJP And His Ideology