3 Tiger Cubs Die After Being Hit By Train In Maharashtra

Pug marks of a tigress, which could be the cubs' mother, were found in the vicinity. 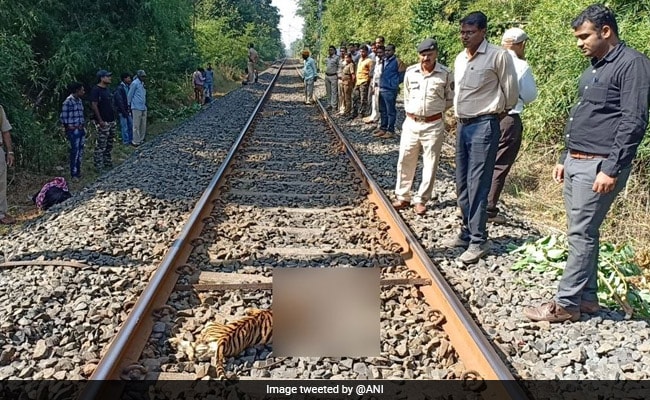 The cubs were hit by the Balharshah-Gondia passenger train in Maharashtra.

Three tiger cubs, aged less than six months, were crushed under a train in Maharashtra on Thursday, forest officials said.

The incident took place in the Junona forest range in Chandrapur district on Thursday morning, an official said.

While two cubs were found dead by railway tracks in the morning, the carcass of another cub was found later.

The cubs were apparently hit by the Balharshah-Gondia train between Chandrapur and Nagbhid stations, said Rishikesh Ranjan, general manager of the state-run Forest Development Corporation of Maharashtra.

Chief Conservator of Forests S V Ramarao said while two cubs were found dead Thursday morning, another dead cub was found half a kilometre away in the evening.

Pug marks of a tigress, which could be the cubs' mother, were found in the vicinity, he said.

Meanwhile, two cubs, believed to be those of tigress T1 (Avni), killed on November 3, were sighted for the first time in the region after their mother's death, the official said. The two cubs were spotted walking together, he added.

Union Minister Maneka Gandhi had demanded ouster of Maharashtra Forest Minister Sudhir Mugantiwar over the killing of tigress Avni and dashed off a letter to state Chief Minister Devendra Fadnavis, asking him to "consider removing" the minister.

"I request you to fix responsibility for the illegal killing of the tigress and consider removing Mugantiwar from the responsibility of the Ministry of Environment and Forest in the state government," Maneka Gandhi told Mr Fadnavis in her letter.