2 Jaish Terrorists Killed In Encounter In Jammu And Kashmir's Sopore

Sopore encounter: "Two top terrorists of Jaish-e-Mohammed were eliminated. There was no collateral damage and no injuries to security personnel," police said 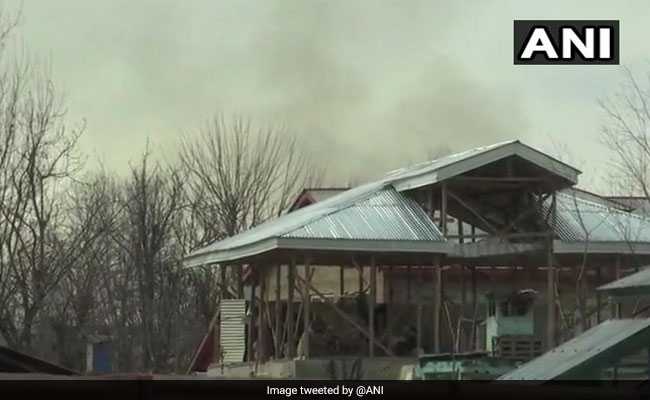 The terrorists started firing at the security forces. However, no security personnel was injured

"Two top terrorists of Jaish-e-Mohammed were eliminated. There was no collateral damage and no injuries to security personnel," south Kashmir Deputy Inspector General Atul Kumar Goel told news agency ANI. The terrorists are, however, yet to be identified, he added.

"The public is requested not to venture into the operational area until it is sanitised," he said.

Security forces started a search operation in the Warpora locality in Sopore after receiving a tip-off about the presence of the terrorists in the area. The terrorists started firing at the security officials as they tightened the cordon around them, a police official told news agency IANS.

The gunfight led to protests by civilians at the encounter site who tried to disrupt the operation against the terrorists, IANS reported.

The encounter comes a week after the deadly terror attack in Pulwama where over 40 CRPF soldiers were killed. The Pakistan-backed Jaish-e-Mohammed terror group had claimed the attack. Two top JeM commanders, including one believed to be a key conspirator in the February 14 attack, were killed in an encounter in Pulwama on February 18.

With input from agencies